Spotify Picks These 16 New Artists to Dominate in 2014 (Videos) 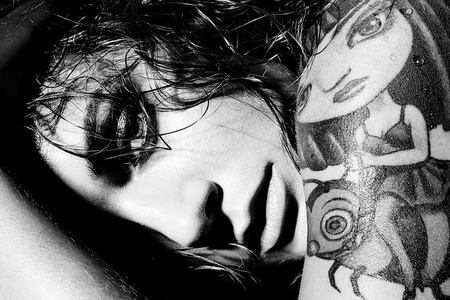 Spotify has recently picked 16 new artists to dominate the charts in 2014. These artists are featured below with a music video for each one. It has been preordained that everybody is going to have to put up with songs by these artists soon enough, when they are on radio stations, soundtracks, and casually whistled by passersby. So why not give the music an early listen?

These artists will be featured on Spotify in its “Spotlight” section, under “Browse.” According to Head of Content, Steve Savoca, the list “…highlights the top emerging acts that we think will achieve great things around the world in 2014.”

Spotify is a popular music streaming service that works with talent to help them make it big. According to their website, “The list is based on new global artists who had a strong showing on Spotify’s viral charts in 2013, and who Spotify have been working with and supporting over recent months.”

Here are the 2014 selections, in alphabetical order:

Jillian Banks is a young woman from Los Angeles who began to write songs at the age of 15. After gaining some attention on the music website Soundcloud, BANKS released her first single on Good Years Records, “Before I Ever Met You”, in February 2013. She released an EP that September, titled London.

Her songs feature emotive lyrics set to piano and beats. Here is the video for “Waiting Game.” This hypnotic song has recently been featured in a Victoria’s Secret commercial.

Betty Who is a young songstress born in Sydney, Australia. She relocated to the U.S. in 2007 to attend Interlochen Center for the Arts. She taught herself to play guitar and piano and began writing songs when she was 14. She now lives in New York.

Betty Who’s first single “Somebody Loves You” was released independently, to great acclaim online. It was co-written and produced by Peter Thomas, who still collaborates with her. Her debut EP The Movement was released in April 2013 as a free download, leading to RCA Records swooping her up in September.

Her songs have an 80s synth-pop sound. In this video, she is performing “High Society” at a club in New York, looking adorable.

Bipolar Sunshine is a new project by Adio Marchant, a vocalist of soulful Manchester band Kid British. His debut EP Aesthetics was released in June 2013, and the song “Rivers” was featured on iTunes.

Listen to the percussion-driven “Rivers”:

Circa Waves have toured the UK and continental Europe and have been signed Transgressive Records. Here is the video for “Get Away”:

Dan Croll is a young singer-songwriter from the U.K. who won the Musicians Benevolent Fund’s “Songwriter of the Year” award. He is a multi-instrumentalist with varied influences and he has been compared to Paul Simon.

Croll’s first single, “From Nowhere,” was released in September 2012 and was well-received. He later released the singles “Compliment Your Soul,” In/Out,” and “Home.” His songs have been featured on the soundtracks to the video games FIFA 2014 and GTA V. His full-length album Sweet Disarray is going to come out in 2014.

Here is the video for “From Nowhere”:

Tahliah Barnett is a London-based musician and dancer. She released her debut EP on Bandcamp and she has a YouTube channel, earning herself fans all over the world. Her second EP, titled EP2, was released by Young Turks in September 2013. FKA twigs was nominated for the BBC’s “Sound of 2014” prize.

The video for “Water Me” is a close-up of her mesmerizing visage, with a sound that recalls Bjork:

With one of the most generic stage names in the history of hip-hop, 24-year-old American rapper G-Eazy has garnered quite a bit of attention in the last four years. He has opened for artists such as Snoop Dogg, Lil Wayne, Schwayze, and Drake.

G-Eazy made his mixtape The Endless Summer available on his website in 2011. “Runaround” featuring Greg Banks is a 1950s-styled ditty that samples a classic song by Dion & The Belmonts:

This four-piece band from Oxford is the first artist signed to Wolf Tone, the label founded by Paul Epworth. Epworth is famous for producing and writing music for a ridiculous number of artists, such as Paul McCartney, Adele, C-Lo Green, Florence and The Machine, Foster the People, Bruno Mars, Bloc Party, and Primal Scream. He has won four Grammy Awards in 2012 for his work with Adele.

Glass Animals have a lot of hype to live up to. “Exxus” hints at the pop glory of Epworth’s catalog and has cool art visuals in the video:

Andrew Hozier Byrne is a an Irish solo artist who was born on St. Patrck’s Day and was blessed with an incredible voice. He has been featured on Spotify in 2013 and was also picked as one of these 16 new artists to dominate in 2014. His debut EP Take Me to Church was released on Rubyworks Records.

The video for “Take Me To Church” shows a gay man getting attacked in a hate crime while Hozier delivers lines like “I’ll tell you my sins so you can sharpen your knife.”

Jo-Vaughn Virginie Scott a.k.a. Joey Bada$$ is an 18-year-old rapper from Brooklyn, New York who began penning rhymes when he just 11. In October 2010, a freestlye rap he uploaded to YouTube went viral. His widely-praised, self-released mixtapte was released in July 2012, titled 1999, which may be the year in which he matriculated from kindergarten. His next mixtape, Summer Knights, was dropped in July 2013.

Jungle is a duo from London who make mesmerizing urban music with a tribal influence. Their debut release Platoon came out this year.

This British singer-songwriter has been making the rounds at summer festivals. His debut EP Fail For You came out in August 2012 to widespread praise, followed by two more EPs in 2013. He is often compared to Bon Iver.

“Fail For You” is a fine example of his sleepy naval-gazing:

MØ is a Danish songstress whose steamy electro-pop has drawn comparisons to Grimes and Purity Ring. She has recently been signed to Sony Records. Her first single was titled “Pilgrim” and she has been featured on Avicii’s hit song “Dear Boy.”

This song, “Waste Of Time,” comes from MØ’s upcoming 2014 debut album, No Mythologies To Follow. It has a finger on the pulse of current styles.

Born in London and now residing in Vienna, S O H N sings, produces, and plays a variety of instruments. His melancholic voice and dark ambiance redeem the unconventional spacing in his chosen moniker.

S O H N has a breathy minimalism similar to How To Dress Well, The Weeknd, or Junior Boys. Here is the video for “Bloodflows”:

Another beautiful young singer-songwriter on this list, 20-year-old Californian Tori Kelly got her early start as a contestant on America’s Most Talented Kids and Star Search. Although she was not very successful on season 9 of American Idol, her YouTube videos brought her fame. Her third EP, Foreword, came out in October 2013.

This lovely song titled “All in My Head” comes off her EP Handmade Songs By Tori Kelly:

A sultry vixen from Stockholm, Sweden, Tove Lo has been winning audiences over with her debut album, Out Of Mind. She is featured in the image at the top of this article (photo via Facebook.)

Here is the video for her catchy track, “Habits,” a song in which Lo decries her post-breakup substance abuse with the chorus “You’re gone and I gotta stay high / all the time / To keep you off my mind / woo ooh woo ooh”

These 16 new artists have huge potential, and because they have been specially picked by Spotify, some of their songs may start to dominate the airwaves in 2014. The Spotify streaming music service may not be for everyone, but at least their taste pop music is quite decent.