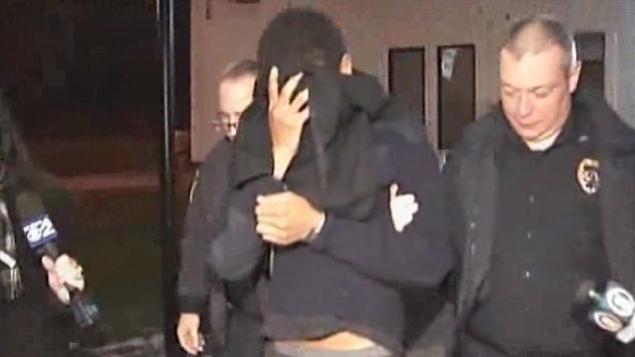 An 18-year-old male has been charged in the rape and beating of an 85-year-old nun on Friday. The rape and assault occurred 11:30 a.m., in the parking lot of  St. Titus Church in Aliquippa, near Pittsburgh.

The attacker, Andrew Clarence Bullock, who is an Aliquippa resident, was charged with felony rape, aggravated and simple assault, and indecent exposure. He confessed to his crimes after police informed him of the evidence they have against him, including the nun’s description and a foot imprint. Bullock is currently in Beaver County Prison on $50,000 bond, and will appear before a judge Thursday.

The nun, who remains unidentified to preserve her anonymity, suffered a dislocated lower jaw for which she had to undergo surgery at Allegheny General Hospital. She was unable to speak with the police upon their arrival at the crime scene so she wrote down that she had been beaten and raped.

As stated to the police by the nun, Mr. Bullock approached the nun from behind in the St. Titus parking lot and asked her if she needed help. She declined, and he exposed himself to her. When she walked away, he grabbed her neck and started choking her, punching her head and face, and then raped her.

The elderly nun is beloved by many. Sister Mary Pellegrino of the Sisters of St. Joseph says the nun is “a passionate advocate of nonviolence, peace and justice, and each month she conducts a prayer vigil for peace in the chapel of our Motherhouse.” The order is also reportedly praying for Bullock.

The nun was released from Allegheny General Hospital Sunday morning.

Although there are no firm statistics on the number of rapes committed against nuns, one rape case in India brought national attention. India is currently dealing with what appears to be a rape epidemic.

In July, a 22-year-old novice nun was raped after being led by her cousins to a train station. She was kidnapped and held for one week, during which she was gang raped. The rape survivor reportedly said she was told not to report the attacks to anyone when she was released.

The rape survivor’s cousins,  Jotindra Sobhasundar, 30, and Tukuna Sobhasundar, 28, were arrested along with one other possible suspect. The survivor’s brother reportedly attacked and killed one of the suspects before police could arrive and make their arrests, however.

The rape of this young nun brought attention to another rape of young girls between the ages of 12 and 14 who had been abducted and raped by a group of about 20 men who had abducted the girls from a convent home. Eight men, who apparently used knives as weapons, were arrested.

In another case that outraged India, in summer 2008, a nun named Sister Meena, of the Servite religious order, was raped by Hindu extremists in the district of Orissa, where she worked alongside another priest. During the Christian massacre of that time, both Sister Meena and priest were abducted, and Sister Meena was forced to walk naked through the village. She attended the trial of her attackers and drew strength from her faith.