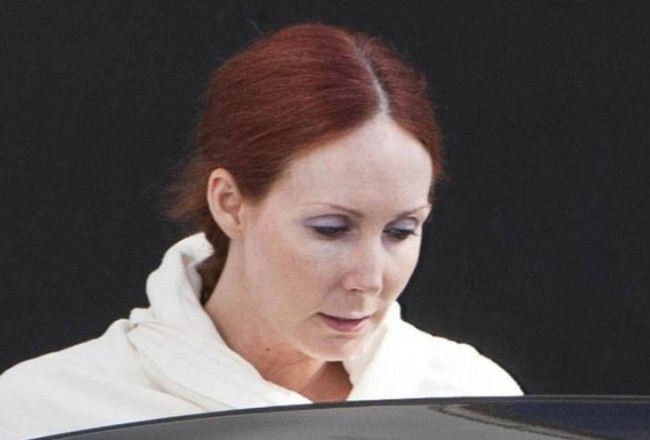 Texas actress Shannon Guess Richardson, 36, pleaded guilty Tuesday in federal court to making ricin, a toxic agent, and mailing it in letters to New York Mayor Michael Bloomberg and President Barack Obama.  She was charged initially with one count of threatening the President and two counts of sending threatening mail.

According to her attorney, Richardson’s plea deal, which has not yet been approved by a judge, would send her to prison for a maximum of 18 years, after which she would be on supervised release for five years.   Prosecutors contend that the charge to which she has pleaded guilty is punishable by life in prison.  Under the deal, Richardson admits to making and possessing the toxic agent, ricin, which is used as a biological weapon.  Notice that the plea deal had been reached was recorded in U.S. District Court last month.

The actress, who resides in New Boston, Texas, appeared in small roles on such shows as The Walking Dead and in the movie The Blind Side.  The letters, sent in May and containing ricin, were written by Richardson in an attempt to frame her husband, a U.S. Army veteran currently employed as a mechanic, for the crime after he filed for divorce.  Prosecutors say that after mailing the three letters, she arrived at the police department to report that her husband had done it.  An excerpt from the letters included the sentences “You will have to kill me and my family before you get my guns. Anyone wants to come to my house will get shot in the face.”

Investigators found inconsistencies in her statements and uncovered evidence that she had bought materials online for making ricin.  On June 6, 2013, she confessed to manufacturing and mailing the ricin, but claimed that her husband had forced her to do so.  Prosecutors believe that the ricin was made in her home, which she shared with her husband and her four children from a prior relationship. She was arrested on June 7.

A federal grand jury in Texas found enough evidence of guilt, which ultimately led to her plea, to indict the actress and mother of six, including a baby born preterm while Richardson was in jail, on charges of mailing the ricin.  The letters were mailed to Bloomberg, Obama, and the director of Mayors Against Illegal Guns, which is a group that lobbies for tighter gun control laws and was established by Bloomberg.

Ricin is naturally found in castor beans and is highly toxic.  The U.S. Centers for Disease Control and Prevention notes that it requires a willful act to make ricin for the purpose of poisoning people.  Being exposed to a very small portion of ricin can lead to death by respiratory failure, and no antidote for the toxic agent is in existence currently.

After submitting her guilty plea today to making and mailing a toxic agent, the small-time actress awaits sentencing by a Texas judge in a later, as yet unscheduled, hearing.  Her lawyer says that Richardson is looking forward to publicly admitting her role in making and sending the ricin-tainted letters as well as naming others she claims were involved.  There has been no indication that any other motive or accomplices exist in this case.