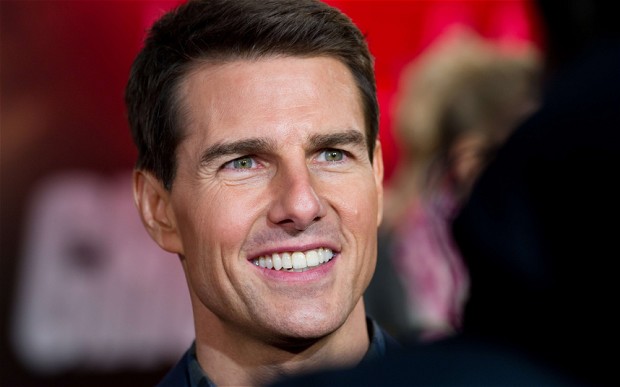 Tom Cruise needs no introduction, maybe just some little known facts. There has been speculation about his marriage, lifestyle and more. Sometimes if one were to take a look at the side not mentioned, a picture becomes clearer, especially when it comes to Hollywood. The glitter sets all the shine of lights so bright that whatever is the trend of the moment is all one can see. Like a carver who creates a masterpiece and puts a diamond over the spot of the one flaw, magnificence is often missed.

Fine-tuning one’s perspective, a pretty picture may emerge. Allowing the eyes to see, one might notice Tom Cruise has some interesting little known facts in his life. Living fully appears to be his premise. His birth name is Thomas Cruise Mapother IV. He has been married three times, Mimi Rogers (1986 – 1990) for four years, Nicole Kidman (1990 -2001) for eleven and with Katie Holmes (2005 – 2012) seven years. When he wasn’t married, Tom dated Penelope Cruz and Cher. Cruise appears to love children, in 1992 he adopted Isabella Jane Kidman Cruise, in 1995 Connor Antony Kidman Cruise was adopted and in 2006 Suri Cruise was born.

When he was 14, Tom took a vow of celibacy while spending a year in Cincinnati at a Franciscan Seminary. At first he was Catholic, now he is a member of The Church of Scientology. Tom visited  Japan often, in 2006 the Japan Memorial Day Association appreciated him so much that October 10 became National Tom Cruise Day in their county. Playgirl magazine waited and waited for Cruise to pose nude for them. Editor Nanci S. Marin said, “He’d look good in anything” according to People Magazine.

Tom moved to New York in the 80’s to pursue an acting career. That is when Tom Cruise Mapother IV became just Tom Cruise. While working on getting his big break, Tom was employed as a bus boy, porter and he cleaned tables. Later he studied at the respected Neighborhood Playhouse. It was not until after he had honed his skills from that training did Tom really push the audition circuit, at which time he finally obtained a role in the play Godspell.  This role opened the way for him to be casted in Endless Love, then Taps and the Outsiders; eventually he had his big break with the film Risky Business. Needless to say his career went on and on and remains in motion.

Most films are fictional, with actors taking on roles of characters that are not connected to their life. Tom plays a hero often, look at Mission Impossible for instance and in the words of Stan Lee, “nuff said”. Yahoo Movies reports in 1996, Tom witnessed a hit and run accident. He took the victim to the hospital and paid her medical bills. In addition he protected two children from being trampled during one of his premieres. It is easy to write negative press on a great looking guy in the spotlight. Upon closer inspection of some little known facts, Cruise appears to be a man whose historical details paint a picture of a man who cares for children and loves to love.