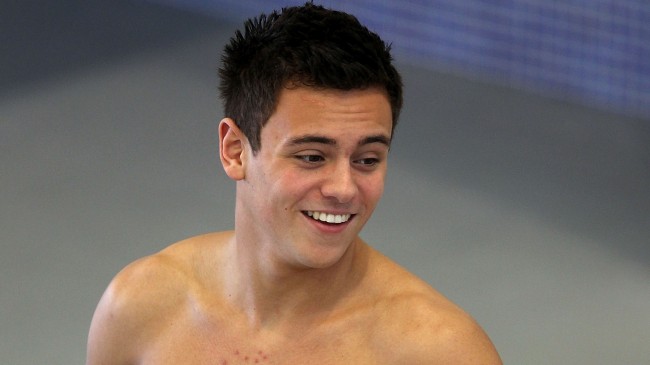 “In an ideal world I wouldn’t be doing this video because it shouldn’t matter,” said British diving star and Bronze medal winner Tom Daley. Daley, who is 19 and was prominently featured in pre-Olympics press before last year’s London Games has become the next sports player, and the next diver, to issue a statement about his sexuality.

Daley added that the reason he was making this announcement, which he did on a personal video on YouTube, was because he had recently been misquoted during an interview and became very upset over the way he had been presented.

Daley added that, “I still fancy girls but right now I’m dating a guy and I couldn’t be happier.”

Sounds like a pretty laid back diver considering all of the turmoil surrounding homosexuals and the Olympics that has been in the news lately.

Russian President Vladimir Putin famously signed a bill which forbids promoting homosexuality to minors in Russia. This bill could simply be a human rights issue but now it seems like it will also be an issue regarding the Olympics because the 2014 Winter Olympics are scheduled to take place in Sochi this February.

There has been lots of international protest and many athletes are pondering boycotting the games in response to Russia’s bill.

There is no news as of now what Daley’s plans are in relationships to the Olympics or towards a statement of this kind. Daley competes in the Summer Games, so it will not be a pressing issue for the diver as the 2016 Rio Olympics do not appear to hold the same kind of controversy.

Daley is the second diver to announce his homosexuality recently. Back in 2008, Australia’s Mathew Mitcham won a gold medal in diving shortly after he had come out as homosexual publicly. Also famous in diving circles is Greg Louganis, who won four Olympic Gold Medals before announcing his homosexuality while retired in 1995.

One thing seems clear for Daley, however, which is that the young star has been receiving mostly positive responses to his announcement. Daley said in the video that “My mum’s been supportive… all my friends and family have been so supportive which has been great.” Daley lost his father before the London Olympics to cancer, but Daley is confident his dad would have been supportive of his choice.

“People will say, ‘But what would your dad say?’ He always said to me as long as you’re happy I’m happy, and right now I couldn’t be happier,” Daley commented.

Daley has also been receiving support via Twitter from British celebrities and sports fans from around the world. It would be wrong to assume all of the messages he has received have been favorable, but mostly it seems that people are reporting he is being supported.

At a time when sexuality and the Olympics appears to be such a controversial issue to discuss, the announcement of a medal winning divers new sexual relationship will certainly cause a stir and may even influence more Olympians to act in the coming weeks and months.