Tomb Raider Reboot Coming to Xbox One and PS 4

By Kimberly Ruble on December 7, 20134 Comments 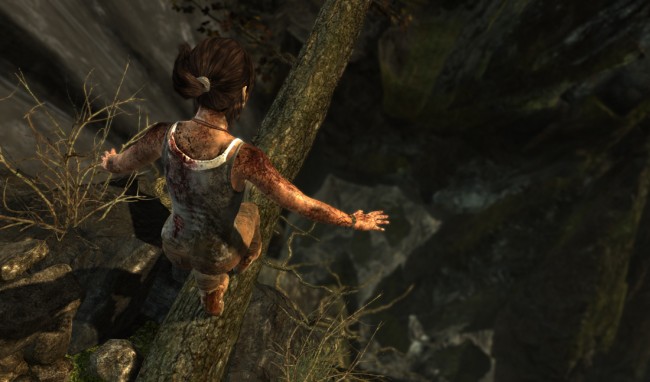 A new Tomb Raider video game is coming to both Xbox One and PlayStation 4 known as the Definitive Edition. It is arriving on Jan. 28, 2014, according to a game flyer found on Amazon that was printed up for the game .

Any new version of the game has yet to be formally announced, although there was also a prior listing up on Amazon as well for the Tomb Raider Definitive Edition, suggesting a new bundle pack would include the main game, along with other items such as numerous Lara Croft skins and various multi-player mapping packs. The Amazon listing has basically confirmed the rumors.

Amazon has released information that states the new Tomb Raider reboot coming to both PlayStation 4 and Xbox One will be priced at $59.99. The new game version also will include all of the DLC, comprising of the Tomb of the Lost Adventurer, six various outfits for Lara, a mini digital art book and the digital comic book “The Beginning.” Amazon also has added an Art Book Packaging Edition, which is recorded for each console. It contains a look at private, never before seen conception artwork.

In addition to this specific Tomb Raider edition, a sequel is presently in the development process. The previous Tomb Raider reboot, which was a dismissal failure at only reaching sales of 4 million units is hoped to be passed quickly. The newest version is said to have been re-built especially for the new generation of consoles which have come out.

An Amazon listing, which was in Italy, ousted the newest game in November. It was there that a Tomb Raider ad showed up on a video game website. It also stated that the release date was going to be on Jan. 28 for both the PlayStation 4 and also the Xbox One. The website had a message which was encouraging any visitors to “watch the Tomb Raider trailer,” but after clicking through to the game’s own website, it did not have any trailers put up in order to click.

After the recent advertisements that showed up on Amazon seemed to aim toward a port on the PlayStation 4 and also Xbox One consoles of Tomb Raider, it really does seem that recent advertisements have all but totally confirmed it. Now everyone just has to sit back and wait and hope it is much better than the most recent reboot they offered of Lara Croft’s crazy escapades.

Since it was reported last month that she would return next month, all anyone can do is hope that she comes back in something that is worth playing this time. Let everyone hope that the newest release of Lara Croft’s next generation adventure for Xbox One and the PlayStation 4 be something that was not onlyworth waiting for, but will also be worth buying.

It is unknown when an official announcement will be made, but it should be within a day or two. Regardless, the new Tomb Raider reboot is coming to Xbox One and PlayStation 4 very soon.