Will Ferrell Character Ron Burgundy to Be Honored at Emerson College 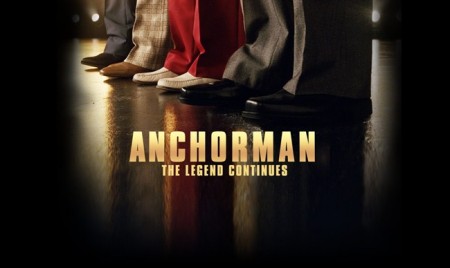 Will Ferrell, as his most recent character, Ron Burgundy, of Anchorman and Anchorman 2 fame, will be honored by Boston’s Emerson College School of Communication on Thursday, December 4. The school will be temporarily renamed the “Ron Burgundy  School of Communication” for the day and Will Ferrell himself is slated to make an appearance. The celebratory events of the day will include a press conference with Ron Burgundy and a screening of Will Ferrell’s new film, Anchorman 2, in addition to the renaming ceremony. The days events will be available for live viewing on Emerson College’s livestream channel.

Will Ferrell, in character as Ron Burgundy, made remarks about the upcoming honors he is to receive at Emerson College  as only he could, stating that “it’s kind of a big deal.” He also explained that he “wouldn’t sugarcoat” the importance of hard work and “good hair” to a rise to the journalistic top.  Ron Burgundy is  sure to spread his “stay classy” message to students participating in the days events as well.

This honoring of Will Farrell as Ron Burgundy will be the latest in an ongoing series of unique promotions for Will Farrell’s new film, Anchorman 2.  Earlier this week, Will Farrell, in character as “Anchorman” Ron Burgundy hijacked an evening newscast in Bismarck, North Dakota.  While Will Farrell was able to pull off the entire newscast in character without so much as cracking a smile, the same could not be said for his co-anchors who appeared a bit starstruck during the broadcast. His co-anchor for the night, Amber Schatz, remarked “as soon as he said ‘Good Evening’ I’m Ron Burgundy, I lost it.”

Other recent promotions for Anchorman 2, have included Will Farrell as Ron Burgundy in several commercials and an Anchorman exhibit at Washington D.C.’s Newseum.  Ice cream giants Ben & Jerry have also released a new flavor in the Will Farrell character’s honor  called “Scotchy Scotch Scotch” in reference to Ron Burgundy’s description of his preferred beverage. Will Farrell will also be assisting in calling the Canadian Olympic curling trials  this month and is expected to make an appearance on ESPN’s SportsCenter later this week.

Fans of the Anchorman franchise are hoping that the long-awaited sequel to be released December 20 will live up to all the hype. The film’s director, Adam McKay, recently commented that the first cut of the film was more than four hours long, over twice as long as the final version.  He went on to suggest that he is considering another Anchorman film created by  using the alternate takes and  left behind jokes to work through the same plot.

The inspiration for the Will Farrell character, Ron Burgundy, has been explained by director Adam McKay to have been a composite of “big city” news anchors prevalent in the late 1970’s including Mort Crim who broadcasted in Philadelphia, Chicago and Detroit and Chuck Scarborough of New York City. Whoever the inspiration, it is now Will Ferrell as Ron Burgundy who is riding his wave of fame and will no doubt be keeping it classy while collecting honors at Emerson College this week.