World of Warcraft a Place for Terrorists to Communicate 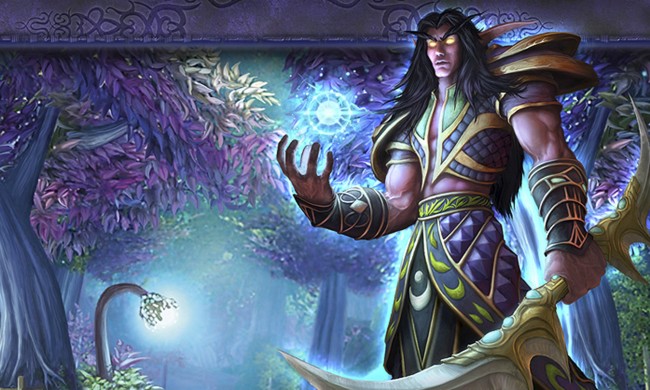 World of Warcraft is a popular online role-playing game for many innocent people, but it is possible that it is also a place for terrorists to communicate. At least, that is what security forces believe. According to documents released by Edward Snowdon, the USA and British governments have been monitoring WoW, along with other fantasy role-playing games, since 2008.

Games like World of Warcraft and Second Life offer an environment for people to escape the real world. They are used by thousands of people all over the world, but there are concerns that terrorists use it to plot attacks and launder money. People hide behind computer screens and pretend to be a character within the game, so it is very difficult to know who someone is playing against or talking to.

Documents sent to The Guardian and The New York Times, show that agents from GCHQ and NSA created characters for the games and started infiltrating conversations. However, there have been no claims that this has helped fish out any terrorists, or any plans for terrorism anywhere in the world.

The reports have come to light now that more companies are against the online snooping by the government agencies. Even Facebook, which is known for constant changes to reduce privacy, has stated that the government agencies need to have laws in place to put them on the same level as individuals. This snooping is a growing concern, even for people who have nothing to hide.

There is currently no proof that World of Warcraft and other games are perfect places for terrorists to communicate. One report simply states that these games offer opportunities for criminals and terrorists. Another document, from 2008, claims that the games could be the perfect “target-rich communication” networks.

Many companies, such as Facebook and Google, are getting together about the government infiltrations. While people need to be safe, they also need to be safe from governmental agencies who have the potential to misuse their power. Rights of individuals that are “enshrined” in the constitution are being undermined.

According to officials, other infiltrations of the NSA have helped to stop terrorist attacks. The agencies do try to avoid looking at personal conversations of those who are innocent and not believed to be terrorists, but that does not put minds at ease. The problem is that there is a lack of disclosure from the governmental agencies, which the technology companies are asking for.

A letter has been sent to the government to request a change in the law, and to show the concern. Eight companies have signed this letter, including Facebook, Google, Microsoft and Apple.

While opponents of the government and its tactics have showed welcomed support for the letter, there is doubt it is over privacy for users. The companies will lose individuals, which means their profits suffer.

Edward Snowdon released documents from the NSA during 2013, and is currently in Russia, where he has gained asylum temporarily. This document about the government tracking World of Warcraft believing it is a place for terrorists to communicate is just the latest to reach the public.