By Jim Malone on December 15, 2013Comments Off on XBox One Needs Japanese Market 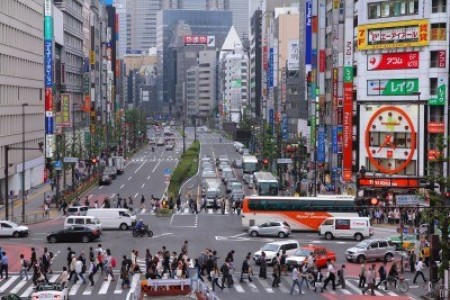 The XBox One needs an image makeover if is going to make any headway in the Japanese market. The first XBox sold over 2 million units when it was originally released. According to Digitaltrends.com, the XBox 360 had only sold around 1.65 million units as of September 2013. The new XBox One is set to release in Japan in 2014. Based on the downward trend in sales, it seems clear that Microsoft will need to have a significantly different approach if it wants to show improvement over the performance of its earlier incarnations.

Microsoft enters the Japanese market at a measurable disadvantage, being an import from America and not a Japanese brand. The Japanese market is still important in the gaming world, though admittedly not as much as 10 years ago. If Microsoft is not able to offer something unique enough to overcome the nationalistic bias, it could once again find itself on the outside with Japanese consumers. While doubtful that they could touch the sales that Sony is likely to generate when they release the Playstation 4 (PS4) in February, there is definitely nowhere to go but up for Microsoft in terms of catering to the consumers in the Japanese market.

Drawing parallels from the competition between the XBox 360 and the Playstation 3 (PS3), some important mistakes made by Microsoft in terms of their approach to the market should not be repeated. Clearly, there is nothing that Microsoft can do to instantly make itself into a Japanese company. It could, however, pay closer attention to the Japanese market in general when making choices regarding software. Sony not only had a Japanese platform with the PS3, but it has a large number of games which were made exclusively for that platform and aimed specifically at the Japanese consumer. Microsoft, on the other hand, was never able to separate itself from the image of the 360 as a platform by and for Americans.

The Japanese public showed little or no interest in the games exclusive to XBox in light of that image. This led to those systems being almost completely removed from the shelves of most Japanese retailers as irrelevant. Creating games exclusively for the Japanese market and by Japanese makers may not seem to be necessary for what is, after all, an American company. Making that assumption, however, would be short-sighted.  The Japanese market is still watched by enthusiasts world-wide who are deciding which platforms to choose for their gaming needs. A large number of Americans, particularly anime and cinema enthusiasts, also follow the gaming market in Japan looking for games related to their favorite titles that might eventually be released in the US. Continuing to be irrelevant in Japan leaves those not-insignificant potential markets essentially to Sony by default.

The XBox One is being outsold by the PS4 in the United States already. Clumsy marketing that ignored the strengths of its platform in to attempt to compete with Sony in areas where the two systems were nearly identical has put Microsoft on the defensive already. A shift in focus to attract older homeowners looking for a one-stop platform outside of a PC for their most often used applications might help Microsoft to make up some of the ground they have lost. They clearly have opportunities in that market that have been ignored in order to chase younger gaming enthusiasts who, in many cases, aren’t even making purchasing decisions. Making efforts to create better inroads into the Japanese market, however, might just be the path the XBox One needs to take to re-capture market share.