Argentina May Be One Breath From Blowing Up 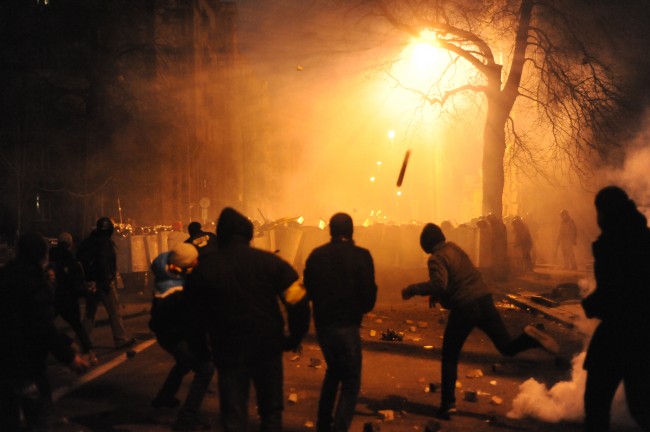 With the latest government decree, Argentina may be just one breath away from blowing up.  Like a balloon that has been filled just to the bursting point, all it might take to generate revolution is one more government ruling.

Argentine citizens who want to purchase items from abroad online were in for a bit of a surprise this morning.  Overnight, the AFIP tax bureau in Buenos Aires, announced that citizens will now be limited to two online transactions per year. The AFIP also said that each individual’s total online purchases for the year must not exceed $25.00.  The measures, which are coming during hyper-inflation, are meant to slow down capital flight.

Individuals crossing the two-order limit or exceeding the $25.00 annual maximum are now subject to a 50 percent surcharge over the annual limit.  So a person that places orders totaling$50.00 within a calendar year will pay a $12.50 additional tax.

Any purchases beyond the maximum of two per year will require the purchaser to register with the state as an importer.  If a person sticks with the two allowable purchase limit, yet exceeds the $25.00 maximum, then the buyer must complete a sworn statement and pay the excess tax prior to collecting the items from the post office or Customs.

So far, AFIP has not made clear if purchases entering the country through a private courier such as FedEx or DHL will be subject to the new requirements.

According to Cabinet Chief Jorge Capitanich, 65 percent of online buyers purchase from Hong Kong and China.  The U.S. comprises 30% and other countries account for the remaining 5%.  The new measures apply only to physical products so digital items like e-books or video subscription services are not penalized.

While Argentina has seen pressure building internally for the last decade, one more strong breath might be the cause of blowing up and explosion.  The AFIP measure is the latest government effort to gain control of a runaway economy.  Inflation hovers around 26% monthly and unemployment rates are skyrocketing.  On Jan. 2, 2014, the government imposed caps on 200 items in an effort to hold down price hikes.  Grocery store chains like France’s Carrefour, however, are ignoring the caps.  Milk, one of the items on the list, was selling for $10 a liter (roughly a quart) on Jan. 1 and now goes for almost $13.

The electrical grid is another source of irritation for the population.  Price caps were placed on the country’s two electric companies following the bank closures in 2001 and have not been raised.  The result has been outdated and broken down equipment.  Argentina is currently in the hottest summer in 140 years and the heavy electrical demand is causing blackouts throughout the city.  Some parts of Buenos Aires have been without electricity since prior to Christmas despite temperatures hovering around the 100 degree mark more often than not.

People fed up with the failing electrical grid, the inflation and now the online transaction limit, are talking about revolution.  The American Embassy in Buenos Aires has been monitoring the situation and has stopped short of officially encouraging Americans to leave.  On several of the approximately one dozen ex-patriate forums, the embassy has been quietly, and informally, encouraging Americans to be prepared should the official advisement to leave be issued. 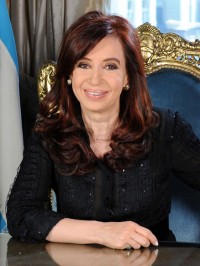 President Cristina Fernandez de Kirchner has kept a low profile during the most recent round of problems.  Following surgery for an alleged brain aneurism in October, 2013, the 60-year-old president has only made one public appearance prior to addressing the nation last night.  It used to be her habit to make televised speeches daily, and often they would last up to two hours.  The last three months of silence has many in South America’s second largest country wondering who is running the place.

With Kirchner seemingly out of the picture, inflation staggeringly high and public services all but at a stand still, the final breath that blows up Argentina’s party balloon might be just one breath away.

Related Stories
Argentina: The Next Egypt?