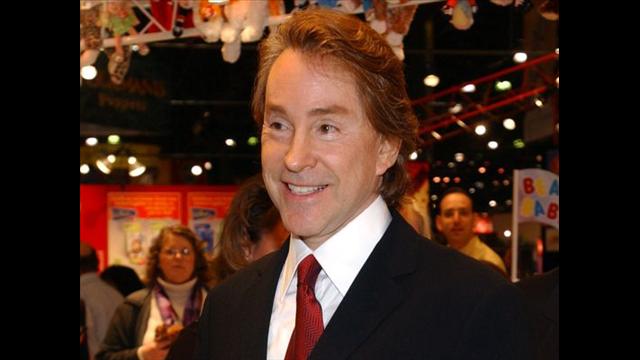 Beanie Babies Founder, H. Ty Warner, evades prison after Chicago Federal District Court Judge, Charles P. Kocoras, rejected the prosecutors’ case today. The judge gave him probation and community service after failing to pay taxes on $25 million. Ty Warner, will be on probation for two years and perform 500 hours of community service. The federal prosecutors argued that the judge should send a tough message to persons who evade taxes, especially the wealthy.

US Guidelines for white-collar crimes of this nature should have netted him up to 57 months in prison. He hid his money in a Swiss bank account for 12 years and avoided $5.5 million in taxes on $25 million earned on the Swiss account which was estimated to have reached amounts upward of $106 million.

Warner, age 69, told the judge how “truly sorry” he was. He stated he, “never realized that the biggest mistake ever made in my life, would cost me the respect that was most important to me.” His lawyers pleaded for his age and good works, also noting his childhood as having been a rough one. They pointed to others not serving jail time. The example they used to argue the lesser sentence was a real estate business man named Olenicoff who filed a false return, hiding $200 million. In the end, this man paid $52 million in penalties, interest, and back taxes.

Warner will pay $53 million, plus another $16 million in back taxes, including interest. The Beanie Babies Founder evades prison and after all that he was required to pay, he is still worth $1.8 billion.

The prosecutors wanted jail time for him, and pushed for this when they filed in court. Judge Korcoras noted to the court that Warner paid his fines and tried to help the government in the voluntary disclosure program to no avail. The judge read support letters for Warner and made his decision. He was also fined another $100,000.

The IRS started a program in 2009 offering amnesty for individuals who have assets hidden from taxation in offshore accounts. To date, the Internal Revenue Service has granted 39,000 taxpayers amnesty. The bank UBS turned in 285 names to US officials in February 2009, so they would avoid prosecution.

In a twist, the longest sentence appointed was on Bradley Birkenfeld, the whistleblower, who gave the details and names of American tax evaders. In the end, Birkenfeld received 40 months jail time and a check from the Internal Revenue Service for $104 million, as an informant’s reward.

Back in 1996, Warner opened his Switzerland account when his Beanie Babies became successful. Warner reported his income in 1999 and paid taxes on $662 million. Ty Warner owns the New York Four Seasons Hotel and the toy company, Ty, Inc. Over his lifetime, he’s paid $1 billion in taxes.

His legal counsel was grateful for the decision, and feel that the judge was moved by the letters about Warners generosity to others. This allows Warner to continue doing just that. The same judge a year ago, gave another business man, also a tax evader, a year and a day in prison for much less money due; taxes on $3.3 million.

Ty Warner, the Beanie Babies Founder, evades prison in a Chicago courtroom today and will pay $69.1 million, serve two years probation and 500 hours of community service for his white-collar crime.