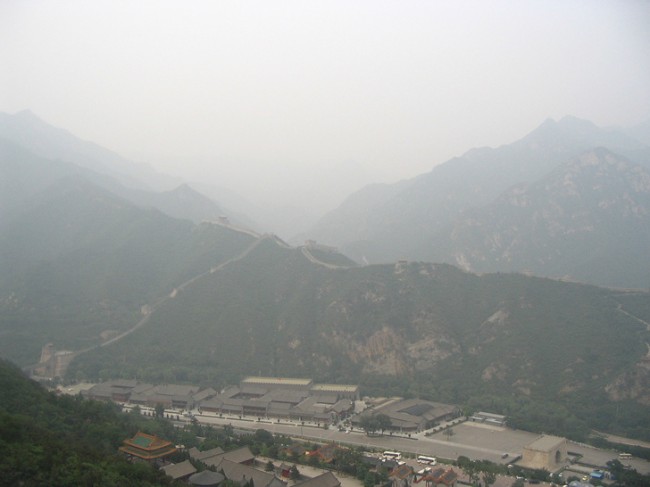 Beijing’s suffocating smog “Airmageddon,” as it has been termed by the city’s residents, on Thursday reached levels which were recorded at extraordinary amounts exceeding recommended exposure levels – but the question is, what’s being done about it?

This is not the first time Beijing has regularly exceeded the exposure levels set by the World Health Organization (WHO). The smog, according to BBC news, comes from a mix of sources – including coal emissions, diesel and industrial gases, and is so toxic that residents last year coined the extremity of the ongoing situation as “Airmageddon,” and the “Airpocalypse.”

Last year, Beijing’s suffocating smog forced the government’s hand to take drastic measures including shutting down 103 factories – but in the grand scheme of Beijing’s continual Airmageddon, have not done much to combat the toxic ongoing smog. The city also decided to keep the number of cars on the road to less than six million. According to the Guardian, Beijing’s mayor, Wang Anshun, has now issued an official edict to tackle the ongoing problem, which include putting a stop to the coal-burning in the city and the adjacent areas.

Currently, Beijing’s smog is tracking at over 20 times the recommended exposure levels. The city is now pushing for the use of renewable energy to replace coal, and encouraging greener cars and giving them priority on the road.

The efforts to reduce the air pollution, if successful, would benefit other areas of the economy and society which have suffered as a result of the smog. Beijing’s tourism has been impacted negatively, where the city witnessed a ten per cent drop in tourism in the majority of months in 2013. It has also linked to severe health issues and thousands of premature deaths.

In the meantime, for Beijing’s residents, the suffocating smog has become just another obstacle to endure by numerous means.

One popular app is the China Air Quality mobile phone app, which displays an Air Quality Index (AQI) reading from the US Embassy in Beijing. The index provides users with the real-time number of particulates in the air less than 2.5 micrometres in diameter, or PM2.5.

Face masks to ward off the pollution are also a common feature amongst city dwellers, where the business of low-quality fake masks is booming as the high quality brands are in limited supply.

According to foreign correspondent Edward Wong, high-tech air purifiers “are as coveted as luxury sedans” in a land where clean air is a rarity, and a luxury. Buying air filters is as common as buying any other household necessity. He recalls an American doctor who even went to the trouble of making his own mask for his infant son.

The weather readings predict whether going out is an option or not – and quite often, the AQI index readings mean that Wong’s nine-month old daughter stays put at home. As he notes, the city’s constant grey skies have propelled him and his wife, at times, to choose their vacations based on “how much blue we can expect to see.” Recounting his trip to Tuscany, he noted, “I will never take such skies for granted again.”

Whether Beijing can come to grips with their suffocating smog remains to be seen; but until then, the unyielding assault of “Airmageddon” remains a constant foe to all who continue to breathe its air.