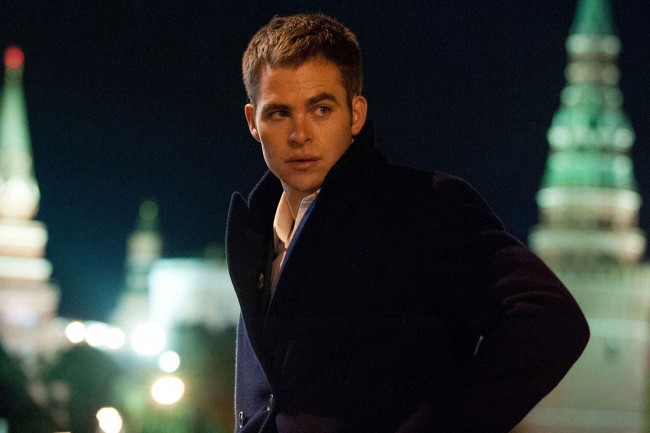 Jack Ryan, the reluctant hero invented by author Tom Clancy, was reborn for new generation this week with the premiere of the film Jack Ryan: Shadow Recruit. However, the previous generation raised on Clancy’s novels may struggle to recognize the title character. Designed as a reboot of sorts, Shadow Recruit abandons the Cold War roots of Ryan’s past and thrusts him into the 21st century world of international terrorism and economic espionage. Gone is Ryan’s original baptism of fire at the hands of the Irish terrorists as seen in Patriot Games and instead we see him serving in Afghanistan during the war on terror. The primary villain remains a Russian, as somewhat of a nod to the Cold War era Soviets, but this is perhaps the only significant tie in to the world which Clancy created for Ryan originally.

The character itself has gone through many revisions throughout the history of the film franchise, but the more recent films including Shadow Recruit, attempt to make Ryan into more of an “action hero” and less of the cerebral intelligence analyst that Clancy created him to be. The reasoning behind this change is easy to understand when examining other successful film franchises. The James Bond films starring Daniel Craig have portrayed Bond as a much “tougher” and aggressive character. Similarly the Jason Bourne franchise has also centered around an almost “superhero” type central character and his amazing attributes. When compared to these franchises, Paramount decided that a cerebral desk-bound Jack Ryan would not be what audiences want to see. So the decision was made that Jack Ryan needed to be reborn for a new generation.

But in this process some of the original appeal of Jack Ryan is lost. Tom Clancy created Ryan to be something of an “everyman.” Granted, the circumstances he is thrust into repeatedly are themselves extraordinary, but Ryan himself is just a man trying to make a living, protect his family, and serve his country. In Patriot Games he never sets out to save the life of the Prince of Wales, but when he sees the scene erupt in front of him, he acts. In The Hunt for Red October he never seeks to “steal” a Soviet submarine, he just pieces the puzzle together faster than anyone else and finds himself as the only one to make the plan work. And at the end of Debt of Honor he hardly wants to be the President of the United States, but when faced with a catastrophe, he does what he is required to do.

This is who Jack Ryan is. He is an average person caught in extraordinary situations. In each of the novels this reluctance can be seen. He always attempts to return to a more “normal” life, but life never seems to let him. The best example of this aspect of his character can be seen in the very first film to feature Ryan, The Hunt for Red October. As he is about to be lowered down from a helicopter to a moving submarine in a driving rainstorm, he remarks, “Next time, Jack, put it in a goddamned memo.” In other words, stay behind your desk and let other people do the dirty work. But he was required to do the “dirty work,” so he did it. That is Jack Ryan.

That is not to disparage the performance of Chris Pine as Ryan or the film itself. A more capable actor than he is given credit for Pine brings his own perspective to the Jack Ryan character, one that should set him apart should he and Paramount choose to do more films with him in the leading role. Perhaps his best moment is the first time Ryan has to kill someone. In many such movies such an event would be “glossed over.” It is an interesting moment and causes the viewer to consider for a moment how they would feel in such a situation.

Shadow Recruit is an enjoyable international spy movie and those who enjoy that type of film will find much to like here. It does not break any new ground. Many of the scenarios and scenes within it are fairly common in such films; the girlfriend in danger, the “big chase,” etc. It is another sense in which Shadow Recruit feels like a “reboot” sort of film. It does not take a lot of risks in terms of its content, instead using familiar and comfortable sorts of themes in order to tell its story.

For old fans of Tom Clancy and his “everyman” hero, this film may serve as a not-so-fond farewell to the character and the franchise, perhaps appropriately as Clancy himself recently passed away. But for a new generation, Jack Ryan has been reborn.