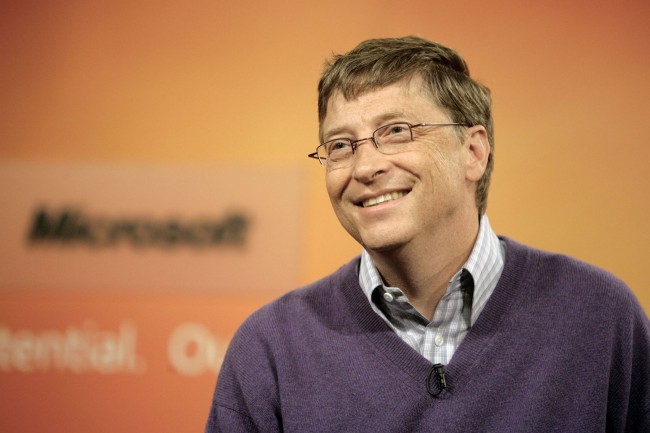 The week after the New Year seems to be the week of genetically modified organisms (GMOs) taking over business headlines all over the United States, and now Bill Gates is ruffling a few feathers as he defends GMO crops. Gates has requested that everyone think with an open mind about the fact that the modified seeds are a need of the hour and cannot be ignored without a comprehensive and conclusive study of their side effects.

It all started when a bill introduced in the island of Hawaii to ban genetically engineered crops in May, 2013 led to a lot of questions in the minds of the general population. The resulting hype against GMOs left many companies in the processed food industry with jitters since a majority of them use GMOs in their products. All such products used are certified safe after scientific investigations.

Such negative reactions and demand for stringent laws against GMO crops would be detrimental to business. The discussion also seems to have found a greater push since the announcement by General Mills that it will be making its Cheerios “GMO free.”

For the uninitiated, a genetically modified organism (GMO) is a living organism, the genetic material of which has been modified. The alteration may be achieved either by mutation, deletion or insertion of genes from another species to achieve certain desirable characteristics such as bigger size or resistance to disease or bugs.

Extensively used in processed and other food items, GMO crops form a major portion of today’s soybean and corn production and are also gaining traction in the production of canola oil, alfalfa and sugar beets as well.

Another well-known name in the form of Bill Gates defending genetically modified organisms and the resulting GMO crops can only lead to discussions going forward with greater vigor. He has touched a few nerves and ruffled enough feathers to boost the topic’s importance further with his request that all keep an open mind going forward.

Gates is of the opinion that GMOs are a particularly important subject for poor countries where the government finds it very difficult feed everyone. Such countries should adopt safe testing and innovation practices similar to what they follow for medicines.  Safety checks would mitigate the concerns of  consumers and also ensure that healthy drought and disease resistant crops could be achieved.

With an estimated 85 percent of U.S corn output already being genetically modified, it is likely that others are soon to follow suit. Since, everyone has their own take on the subject, it has become important to highlight the bottom line and put forth a variety of viewpoints.

This shifts the balance in favor of the customer who can then decide what they desire and then mold business practices to meet that demand effectively.

It is difficult to pinpoint where this storm has its origin, it could be from The New York Times report by Amy Harmon or the continued discussion by other news agencies. It sure has taken the fancy and fear of the gullible consumers to another level.

Whether there would be a more matured response from business houses in-terms of labeling of GMO products, whether they will say cheers to Cheerio’s example and drop GMO from their products or whether GMOs will become a part of everyone’s generic lifestyle forever will soon become apparent.

All the people currently rallying against or defending Genetically Modified Organism (GMO) crops should, in effect, listen to Bill Gates and discuss the entire gamut of viewpoints with an open mind. Only then will the world  be able to reach a definitive and all-inclusive solution to the concerns that GMO crops have bought into the limelight and ease the ruffled feathers in the milieu.