By Michele Wessel on January 4, 2014Comments Off on Cannabis Saves Lives Say These Parents 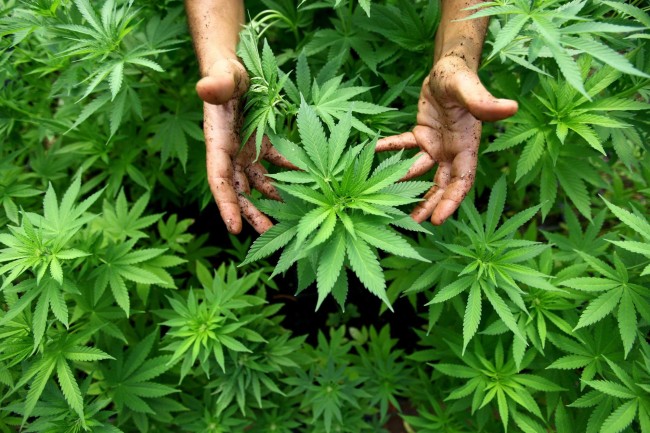 Some parents of children with severe seizure disorders are crediting cannabis with saving the lives of their young children. Strains of marijuana low in tetrohydrocannabinol (THC), the psychoactive substance in the drug, and high in cannabidiol (CBD) have been shown time and time again to dramatically improve, and some say even save, the lives of those suffering from debilitating seizures.

Matt and Paige Figi of Colorado credit cannabis with saving the life of their daughter, Charlotte. Charlotte began experiencing seizures at just three months old. After several years of testing and watching their daughter’s physical and cognitive development stall out, the Figis were informed that their daughter suffered from Dravet Syndrome, a rare and severe form of epilepsy.

As Charlotte got older, seizures lasting 30 minutes or more were common, and hospitalization and stays in the ICU became the norm. At its most severe, Charlotte’s disorder caused her to suffer as many as 300 grand mal seizures each week. Charlotte lost the ability to walk, talk or eat and she suffered cardiac arrest more than once during her ordeal.

By the time Charlotte was five, the Figis had tried a variety of drug regimes, treatments and special diets with varying success, but doctors had begun telling them that there was nothing more they could do for their daughter.

It was then that a desperate Paige Figi began her crusade to try to get medical marijuana for her young daughter. Her husband had found a video on the internet indicating that others with seizures had successfully treated them with cannabis. It was no easy feat, even in Colorado where medical marijuana had already been legal for more than ten years. Charlotte was the youngest person to have ever applied in the state at the time.

The Figis were told no in response to their request many times, as the risks of long-term cannabis use, particularly for children were considered too much of a gamble to take for the young girl. Eventually, they found two doctors (a requirement under Colorado’s medical marijuana laws) who were willing to meet with them and would sign off on the treatment for Charlotte. They both expressed their feelings that the effects of so many seizures on Charlotte’s brain and body, made the risks of cannabis seem minimal. The doctors also noted that Charlotte’s parents had turned to medical marijuana only as a last resort.

The Figis found a dispensary that had the type of cannabis that they believed that Charlotte might benefit from and quickly purchased it. They had the oil extracted from it and gave it to their daughter. The results were remarkable. Charlotte had no seizures at all for the first seven days after she began consuming the cannabis oil.

More than a year later, her parents report that she is still doing well, suffering only two to three seizures per month and those occur primarily while she is asleep. Her ability to walk has returned and she is talking, eating and laughing as well.

The Figis credit medical marijuana with saving their daughter’s life and they are not alone.

Another father, Jason David of California, credits the drug with saving his six-year-old son Jayden as well. Like Charlotte, Jayden began suffering seizures as a young infant and was eventually diagnosed with Dravet Syndrome.

After years of treating Jayden with more than a dozen medications, the boy lived in a near catatonic state and frequent ambulance trips and hospitalizations were commonplace. David reports that at one point his son was having hundreds of seizures per day, with some of the most severe lasting in excess of a full hour.

Then David had a breakthrough after hearing of a student expelled from school for possession of marijuana that he used to control his epilepsy. David investigated cannabis as an option for his son and when he asked his doctor about the possibility of trying it, the doctor said “If I were you, I would try anything.”

So try it he did. Now over a year later, the frequency and intensity of Jayden’s seizure activity is greatly diminished. Jayden is reportedly progressing toward becoming an affectionate and thriving little boy.

Charlotte and Jayden are only two of the growing number of young people with Dravet Syndrome and other forms of epilepsy who now have the opportunity to be legally treated with oil from cannabis plants. It is currently estimated that there are several dozen American children benefitting from similar regimes.

Though the medicinal use of cannabis to treat epilepsy and numerous other health problems dates back thousands of years to ancient societies in China, Africa and Greece, among others, it has been slow to catch on in the United States. As marijuana becomes more widely accepted as a legitimate medical alternative in the U.S., it is likely that even more parents will have the opportunity to attribute its anticonvulsant benefits with saving the lives of their children.