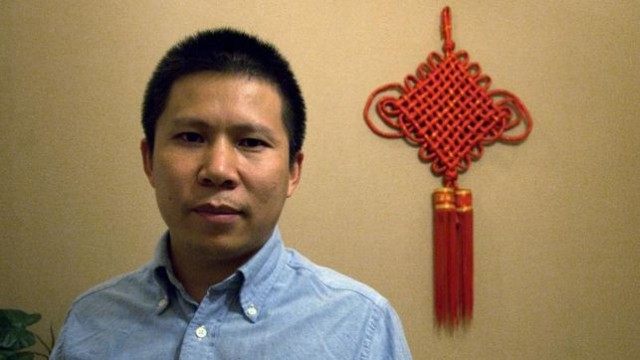 Chinese human rights activist, law reformer, and Beijing University lecturer Xu Zhiyong was sentenced on Sunday to four years in prison. The indictment accused Zhiyong of organizing people, inciting them to unfurl banners, making a racket, attracting onlookers, and gathering a crowd for the purpose of disturbing order in a public place.

Zhiyong, 40, was named in the Top 100 Global Thinkers by Foreign Policy magazine in 2013. Lecturer at the Beijing University of Posts and Telecommunications, Zhiyong is a co-founder and former director of the NGO Open Constitution Initiave, an organization that was comprised of academics and lawyers who advocated for social justice, civil rights, and the rule of law. The organization provided public assistance and was touted as the cradle of China’s rights defense lawyers. In 2009, authorities deemed the organization illegal, shut it down, and arrested Zhiyong for “tax evasion.” After five weeks in jail Zhiyong was released on bail, reportedly in large part as a result of the pressure placed on Beijing by the Obama administration.

Zhiyong himself has described the movement as a peaceful political, social, and cultural campaign. The independent organization Human Rights Watch has said that Zhiyong’s moderate approach to activism had some accusing him of bending over backwards to reach agreement with the other side. It has been further noted that Zhiyong is not like other human rights activists in this aspect, that Zhiyong cautiously and conservatively advocated for social justice and political change. Zhiyong had been been under house arrest since April of 2013. He was detained in July, formally arrested in August, and sentenced to four years in prison on Sunday. Trials began last week for six other members of the New Citizens’ Movement. A seventh member was released on bail after, according to the court, he confessed and conducted a “profound introspection.”

These cases represent part of a larger trend in recent years of governmental suppression of activism that include punishing journalists, writers, and bloggers. The Chinese government has expanded what it perceives as national security threats to include the internet and unspecified “cultural threats.” The latter category possibly applies to Ai Weiwei, one of China’s most prominent artists and an outspoken critic of China’s stance on human rights. Thought to be untouchable because of his global reknown, Weiwei was arrested in 2011–also for “tax evasion.” Weiwei’s arrest mobilized the international art community, who created and signed a petition demanding Weiwei’s release. He was released nearly three months after his arrest. Liu Xiaobo, a literary critic, professor, writer, and former president of the independent Chinese PEN Center received an 11-year prison sentence in 2009 for “inciting subversion of state power.” In 2010, while in prison, Xiabo received the Nobel Peace Prize for his contributions to the human rights struggle in China. In light of the recent crackdowns, including Zhiyong’s sentence, some theorize that this is the end of an era for human rights activism in China.