David Cassidy Come on Get Drinking 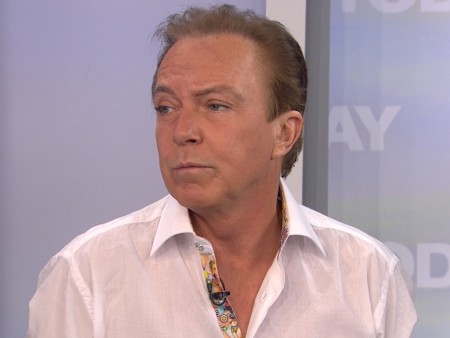 David Cassidy, the former heartthrob star of the 1970s sitcom The Partridge Family who made teen girls swoon from his appearances on stage appears to have inherited his father’s proclivity for alcohol and to paraphrase the old Partridge Family theme song he now sings, “Come on get drinking.”   The 63 year-old actor and singer was arrested for the third time while driving under the influence on Friday, January 10, 2014.

David is the son of Jack Cassidy who was a star of stage and screen. Jack had bipolar disorder and was an alcoholic. David’s mother was the actress Evelyn Ward who was Cassidy’s first wife. David worked with his stepmother Shirley Jones, who was Jack’s second wife, was in the television show about a singing family. The elder Cassidy died from smoke inhalation when he fell asleep in his Hollywood apartment while smoking.

It appears that David Cassidy has inherited his father’s alcohol addiction and apart from looking more like his famous father as he gets older, he also having episodes of alcohol induced problems. The actor was stopped by Los Angeles police after he turned right at a red light that was clearly marked with a “no right on red” sign.

When police approached the vehicle they noticed that an alcohol smell was wafting from the star’s car. After administering a field sobriety test to the actor, he registered .19 which is twice over the legal limit, he was arrested for driving under the influence (DUI).

This is the star’s third incident of “drunk driving” in six months and it seems that he has escalated his drinking and driving behaviour. In a clear case of like father like son David Cassidy, with his latest brush with law enforcement officials, is following in his father’s footsteps in the area of alcohol addiction.  While the singer seems to be a very “polite” offender, his “come on get drinking” lifestyle is a recipe for personal disaster.

Cassidy’s stepmother Shirley Jones, who played Mommy Partridge in the 70’s sitcom that made the actor a teen idol, has said that her stepson had some personal issues that needed sorting. While Jones did not state that David seemed to be taking after his late father in his alcohol addiction, the implication seemed to be that this was the case.

David was first stopped for DUI back in 2010. Later in 2013 he was stopped again and this is the third time he has been stopped for this offence. Last year, police who pulled Cassidy over after failing to lower his high beam headlights said that the actor was a real gentleman about the whole thing. Law officers went so far as to say that Cassidy was polite and showed real class throughout.

Apparently the teen idol suffered mental anguish when a young fan died during a incident at one of his early concerts while he was still on the Partridge Family show. The girl’s senseless death affected the star deeply and he revealed at the time that the event would haunt him forever. It seems that this could have been the start of his alcohol dependence which has gotten worse over time.

While David’s father Jack had different demons that he struggled to control, in his instance it was suffering from bipolar disorder and bisexuality, the two men do share an addiction to alcohol. Jack Cassidy had his share of “incidents” that dealt with his own personal demons. Episodes that included watering his front lawn naked in the middle of the day and proclaiming to his second wife, Jones, that he was Christ became commonplace to the stage and screen star.

David Cassidy is definitely singing a new song. Come on get drinking is his current anthem and one that could have him imitating his late father’s lifestyle.  David has different issues to deal with than his dad, but, his problems with alcohol seem to be too similar to the Cassidy patriarch’s. His latest brush with the law could result in time behind bars which could result in him having more personal issues to deal with. Behaving like a gentleman with the police will not save him from jail time and it won’t stop him from possibly injuring an innocent party the next time he gets behind the wheel while intoxicated. Hopefully David can get help for his addiction before it is too late.

10 Responses to "David Cassidy Come on Get Drinking"