Eminem to Appear at Squamish for Biggest Line Up Ever 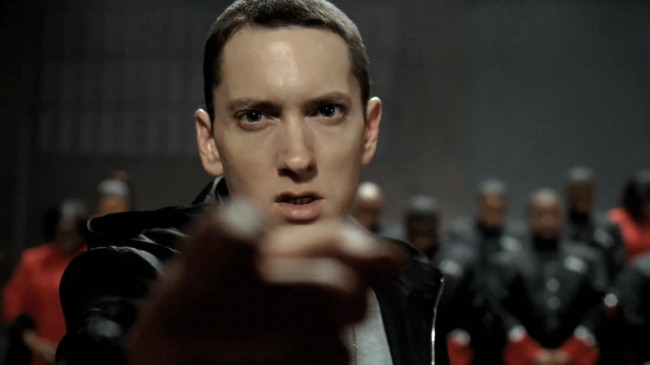 The Canadian west coast is set to welcome Eminem for the first time in over a decade. The Detroit rapper will appear at the Squamish Valley Music Festival to headline its biggest line-up ever. The west coast music festival is fast becoming Canada’s premier music event as it added a major expansion in anticipation of this year’s event. Held in Squamish, British Columbia during the second weekend of August, the festival this year will feature four stages. There will be a new main stage on Centennial Fields this year as well. The Squamish Valley Music Festival will also feature an electronic dance music area for fans and a stage to feature artists from the local area. The festival is presented by Live Nation Canada.

Paul Haagenson, the President of Live Nation Canada, intends to make the Squamish Valley Music Festival the very best of its kind offered in the country. Haagenson concluded the line-up’s announcement with the sentiment that the festival will become one of the must-see events in North America after this year. The $12 million festival is expected to generate over $50 million for the BC Area.

Along with Eminem, the Squamish Valley Music Festival also announced that Bruno Mars and Arcade Fire will appear as a part of their biggest line-up ever.  Supporting the three headliners are Arctic Monkeys, Foster The People, The Roots and Broken Bells. Other big names acts include The Head And The Heart, Sam Roberts Band, Tokyo Police Club, and Mayer Hawthorne along with many more.

Previously the Squamish Valley Music Festival has been known as LIVE at Squamish. This will be the second year the festival has been held under the new moniker. The music festival first began in 2010 with over 13,000 in attendance and has grown exponentially every year since then. Last year, the estimated attendance of the festival surpassed 30,000 people. Even more are expected to turn out this year. The 2013 line-up included Queens Of The Stone Age and Vampire Weekend. In previous years, the festival has been able to attract acts like Weezer, Metric, Bad Religion, and Childish Gambino.

The Squamish Valley Music Festival also prides itself on featuring many local artists from the surrounding area and this year is no exception. British Columbia based acts such as The Zolas, We Are The City, and CityReal, among others yet to be announced, are scheduled to perform. In previous years, local acts destined to breakout such as Young The Giant, Mother Mother, Hey Ocean!, and Said The Whale were featured.

Eminem’s trip out to the west coast of Canada will be the 8 Mile star’s first time since 2000. The rapper had trouble previously when it came to entering the nation. Back in 2000, Ontario Attorney General Jim Flaherty argued that he should be stopped at the border when scheduled to play a show in Toronto. Public debate arose about the Detroit rapper’s offensive lyrics, though in the end, he was granted entry into the country. Eminem has returned to the east coast of Canada several times since the 2000 incident. The reason for his prolonged absence from the west coast is not clear though he will surely be warmly welcomed.

The ticket pre-sale for the three-day festival will be first available to Virgin Mobile customers on Feb. 3, while the general public will have to wait until the Feb. 7. The regular weekend pass costs $250 while the deluxe VIP package will go for $599 plus service charges. The VIP package gives buyers access to shade and rain cover, phone charging stations, comfortable seating and a wide variety of food and drink.  Eminem will headline the biggest Squamish Valley Music Festival line-up ever when the rapper makes his long-awaited appearance during the weekend of August 8-10.

The Globe And Mail