By Mark Clarke on January 26, 2014Comments Off on Grammy Awards Deliver Strong Performances 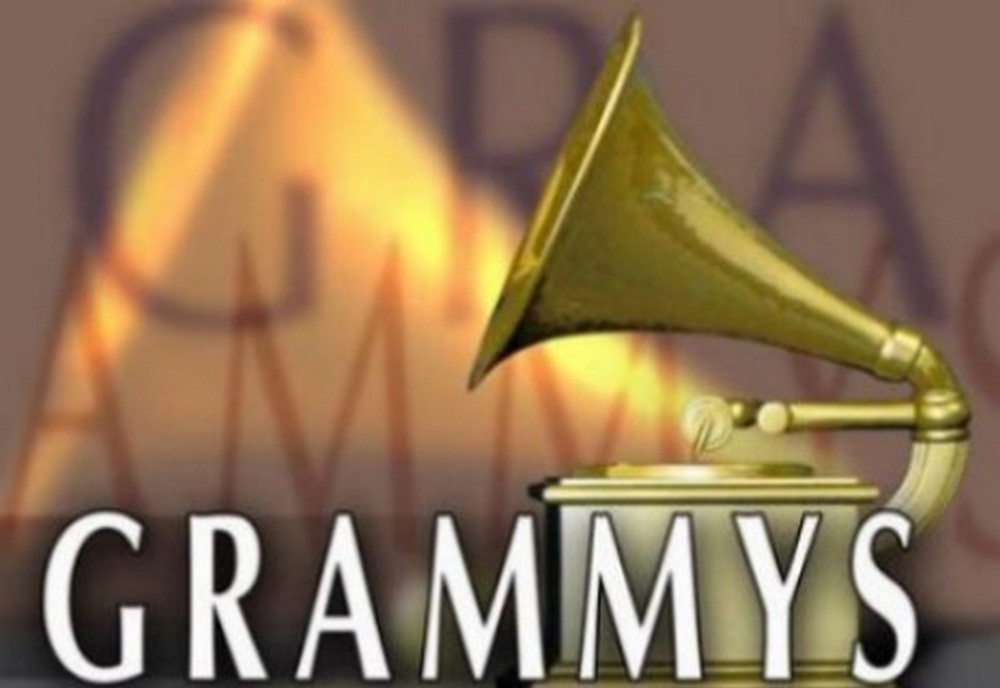 The 56th Grammy Awards began with a stellar performance of the hit single Drunk in Love by Mister and Missus Carter, the illustrious power couple also known as Beyonce and Jay-Z. Dressed stylishly in black, the reigning King and Queen of pop delivered a worthy performance in front of a star-packed audience.

The follow-up performance was from teenage New Zealand newcomer Lorde, who offered a Goth-inspired rendition of her single Royals. The young singer seemed quite at home on the big stage, and proved that her voice and talent are truly big-time. Her black, vampire-like fingernails were, however, a bit disconcerting.

Host LL Cool J could not resist reminding the Grammy crowd that he too was a musician long before he was a television and film star. While this is no revelation to long-time fans, there is a whole generation who knows the man only for his role as a detective on television. He managed to do it with a modicum of class, so it is forgivable.

Hunter Hayes brought the Grammy tempo down a bit with his rendition of his song Invisible, which he began with a slow piano solo before rising to perform at a higher energy level with his band. The crowd responded well to the young man, giving him a solid round of applause and whistles.

Pop songstress Katy Perry continued the dark-theme, rocking raven locks and a flowing cape as she performed her song Dark Horse on a set reminiscent of a Gothic fairytale. She and her black-clad dancers even managed to keep the atmosphere when Juicy J came out in a suit to contribute the out-of-place rap break. Seriously, all songs do not need rap breaks, and this was a perfect example of this rule. Still a good performance for the Grammys, in spite of the odd arrangement.

The next performance was a collaboration between velvet-voiced crooner Robin Thicke and Hall of Fame rockers Chicago, backed by a big band with a full horn section. The ensemble brought an element of suit-and-tie class to the Grammys, while bringing together disparate generations and performance styles. The set was something of a mashup, but the performance of “Saturday in the Park” was a crowd-pleaser, as was the switchover to Thicke’s 2013 smash hit “Blurred Lines.” The Grammy crowd was on its feet for this one.

Keith Urban and Gary Clarke, Jr. followed up immediately with a country and rhythm & blues collaboration that once again brought different styles together for a unique live performance. Both performers genuinely seemed to be enjoying themselves as they exchanged the vocals and guitar licks of Urban’s song Cop Car. There was a cool ebony and ivory vibe to the performance to which the crowd seemed to respond.

Grammy-winner John Legend put the piano to good use with his performance of the ballad All of Me. His outfit, some sort of white and silver tuxedo jacket over a white t-shirt, was unfortunately not as smooth as his voice. Still a very solid performance, and his charisma was enough to overcome the almost Liberace-level fashion faux pas.

The piano continued to be put through its paces as country music princess Taylor Swift took the stage solo to belt out her song All Too Well. Swift has come a long way since Kanye West snatched the mic from her several years ago. Good on her. And her long, flowing white dress was very chic and becoming. 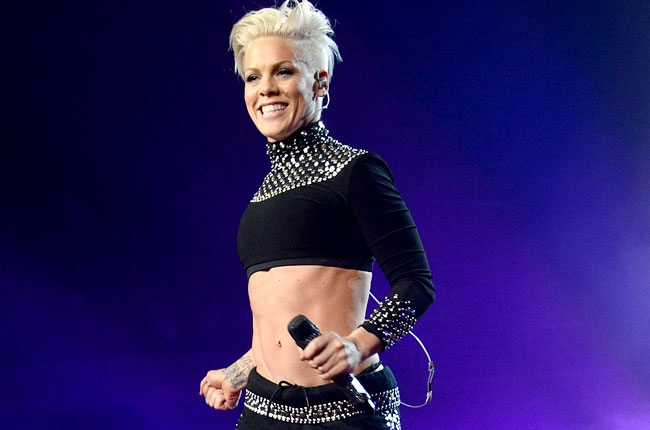 The always impressive power-singer Pink teamed up with Fun front-man Nate Reuss for another stellar performance. Pink has developed a habit of singing while performing aerial acrobatics, a penchant she put to good use during a crowd pleasing version of her song Try. Pink has proven herself to be a truly gifted stage performer as well as a peerless vocalist. Nate Reuss matched her perfectly in their duet version of Just Give Me A Reason. His purple suit was, however, a little Joker-esque. The performance made up for it, so it wasn’t broken, just bent, as the song says.

Another Beatle took the stage to rock the Grammy crowd; Ringo Starr and his band took over the stage to perform…something. He is hard to understand, but he’s still a Beatle, an original British rocker, which is apparently enough to get invited to perform at the Grammys and to get an ovation. Okay, Ringo.

Compton sensation and hip hop messiah Kendrick Lamar teamed up with Las Vegas alt-rockers Imagine Dragons for a turned-up performance of the hit Radioactive. The performers donned all white and their performance on the smoke-filled stage brought the entire Grammy crowd to its feet with a massive surge of energy. The rock-rap combination worked well and delivered a frequency of funk that is hard to achieve. Kendrick is proving himself at least equal to the hype surrounding him, and Imagine Dragons is a solid rock outfit with real chops. This was the performance of the evening.

Kasey Musgraves brought the energy down and switched the genre away from the hard-hitting power hip-hop and rock and roll to straight pop country with her song Follow Your Arrow. She was very fetching in her gold-tassled blue dress and led-light adorned boots. The producers should have probably allowed for some sort of transition between her performance and the stage assault that was the Kendrick and Imagine Dragons collaboration. 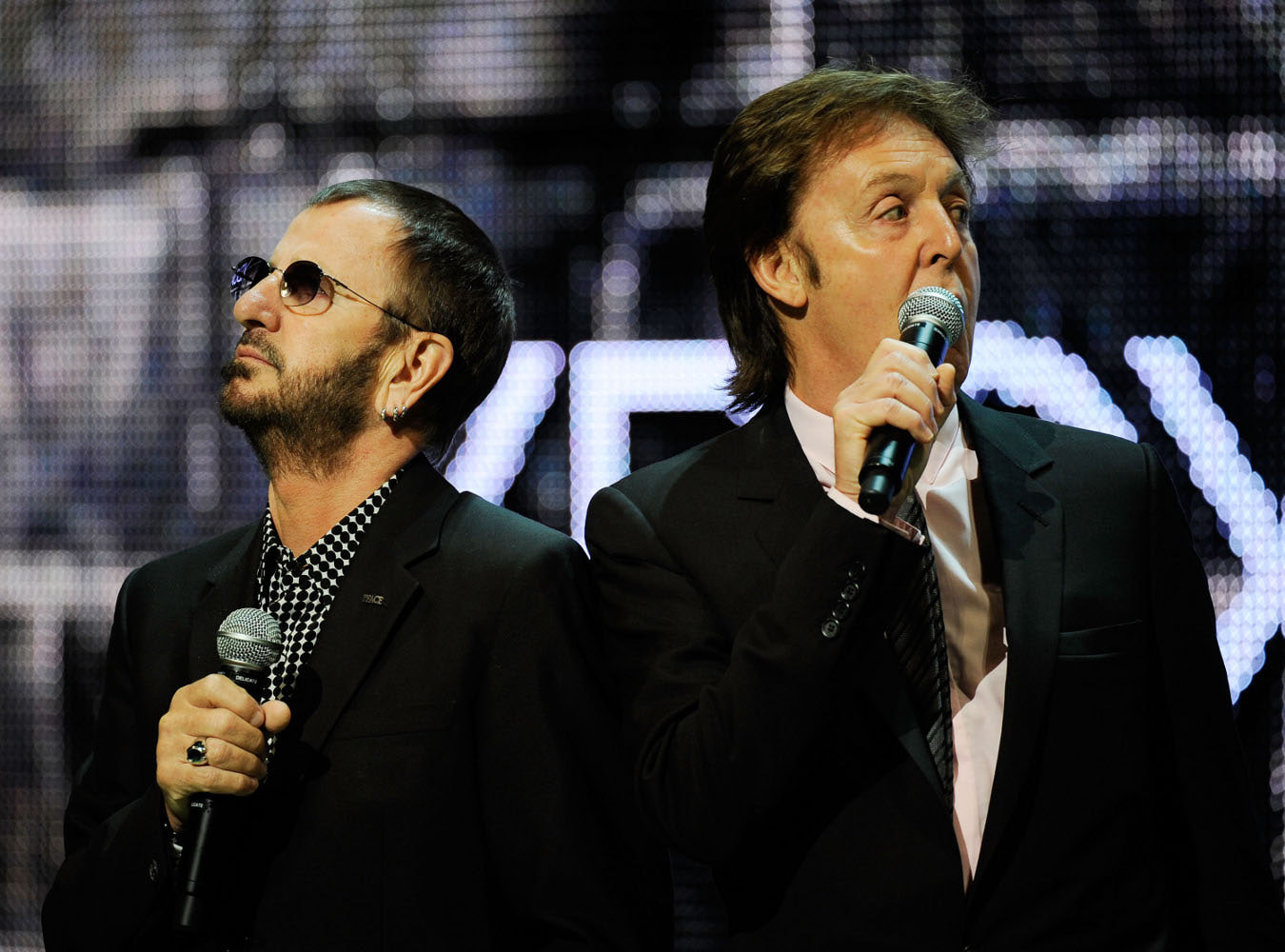 The surviving Beatles Paul McCartney and Ringo Starr took the stage together again for a performance of Queenie Eye that really rocked the house. The video for this song features Johnny Depp and adds to the quirkiness of the tune, which was captured during the live show. The rainbow-splashed piano McCartney banged on was pretty psychedelic too, and Ringo looked as at home as one would expect on the drums behind his old partner.

Willie Nelson, Kris Kristofferson and the remaining Highwaymen took the stage for a soulful country jam. Kristoferson’s voice has not aged quite as well as Willie’s, but what can be said? Maybe all that smoking is good for the throat after all? A haggard-looking Merle Haggard and the smooth-voiced Blake Shelton joined them to make it an old-fashion hoe-down, Grammy-style. Even non-country fans can find something to enjoy in this set. Who can be mad at Mommas Don’t Let Your Babies Grow Up to Be Cowboys?

The next performance was an incredible collaboration between French electro-pop duo Daft Punk and the Godfather of Funk, Stevie Wonder, with Pharell Williams doing his level best to keep up during a rendition of Get Lucky. Pharell is a talented producer and a decent singer, but his voice pales in comparison to the incomparable Mister Wonder. Daft Punk wore spacesuits. All is well with the world.

Sara Bareilles and Carol King brought the piano back for a sing-off introduced by 80s legend Cyndi Lauper. The vocal talent was on full display during this set, a performance of I Want to See You Be Brave, as these ladies were not about to be outdone by the guys. This was a nice, slow break in the action, and a cool song. The duo also presented the award for Song of the Year.

Rock came back to the Grammy stage in a big way, a big-hair way, when iconic rockers Metallica teamed up with concert pianist Lang Lang for an unlikely stage collaboration of the rock classic One. Who knew that classical piano and guitar metal could blend together so well? There were some off-key moments, but overall this was a good stage performance from disparate genres. Lots of lasers and creepy monochrome war footage in the background made this reminiscent of an 80s Metallica live show.

Macklemore and Ryan Lewis teamed up with Queen Latifah and none other than the legendary Madonna for a crazy performance of the hip hop duo’s multi-platinum hit Same Love. This was touted as the most emotional performance of the evening, and perhaps it was; anyway, it was nice to see Madonna out and about. She still sounds sweet, and her verse from Open Your Heart, performed while several same-sex couples exchanged rings and vows was impressive. Queen Latifah looked elegant in a black sequin dress, very classy. Mary Lambert, the unsung singer who blesses the hook on Same Love, was stylish in her red sequins, even managing to play off the intense colors of her arm tattoo. Macklemore is a good rapper, and he wore a suit, which is bonus points, and he seemed to be energized by the environment.

Miranda Lambert and Billy Joe Armstrong tried, but there duet seemed a bit anti-climactic after the Madonna-Macklemore-marriage events just witnessed. There must be an audience for it, two good singers crooning over an acoustic guitar, but it didn’t seem to exactly fit.

The show finale was an ultimate rock and roll throwdown featuring Nine Inch Nails, Queens of the Stone Age, Lindsey Buckingham and David Krohl was loud and strong. Black clad leather rock at the height of its power. Still, not as powerful as Kendrick and the boys from Imagine Dragons.