Heroin Deaths in Pittsburgh a Crisis 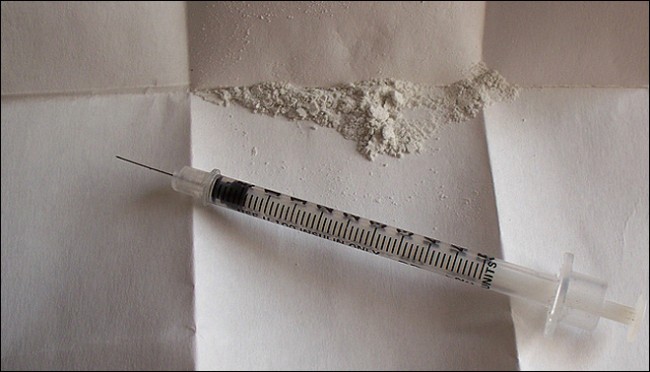 Heroin overdoses were responsible for at least four deaths in Pittsburgh, Pa., Sunday, thus dubbing this a “major public health crisis.” Over the past week, there have been 14 heroin overdoses. The victims all had known histories of drug abuse.

Allegheny County Medical Examiner Karl Williams says authorities have found small bags labeled “Theraflu” at some overdose scenes in Allegheny County. While testing the contents of the bags in the lab, Williams discovered they contained fentanyl, a synthetic substitute for morphine that is 100 times more powerful than the real thing. Fentanyl is meant for chronic pain relief and sometimes for anesthesia, so combining both fentanyl and heroin would overload the body system and cause it to falter, leading to death.

Williams says he believes this may be a bad batch of heroin but does not know if the fentanyl in the little bags is prescription or concocted in a lab somewhere by “some clever chemists.” Westmoreland County has also seen overdoses from heroin. The combination of heroin and fentanyl is reportedly the common thread tying all the overdoses together, a situation that, Williams says, brings to mind the “China White” epidemic in 1988, when deaths also resulted from the combination of heroin and a specific type of fentanyl. With the current rash of heroin deaths in Pittsburgh, there may be a crisis in the making.

The county examiner also said it’s not clear yet whether the heroin overdoses are the outcome of a local drug threat or part of a countrywide problem, because the overdoses have occurred throughout Allegheny County and also in Westmoreland. Further investigation should clarify this.

Heroin is an opioid drug made from the poppy seed. It is brown, white or a sticky black matter called “black tar heroin.” The drug can be injected, snorted, sniffed or smoked. These methods of taking heroin deliver a very quick hit, traveling to the brain and delivering a high that lures many to addiction. An estimated 23 percent of people who try heroin usually become addicted.

Because heroin is often injected, abusing the drug can lead to hepatitis C and HIV. These diseases are spread through contact with blood or other bodily fluids so drug treatment is an ideal way to prevent them. A heroin addict is highly susceptible to relapse when trying to go off drugs, because heroin effects changes in brain chemistry.

Just as it’s generally believed that marijuana is a gateway drug to the hard stuff, so it is with Oxycontin and Vicodin. These two prescription pain medications have similar effects as heroin, and are the most commonly abused drugs in the United States. They easily lead the way to heroin abuse. In fact, nearly half of people who inject heroin say that they took opioids before they started using heroin, and that they started using heroin because it is cheaper and easier to obtain than prescription drugs.

2 Responses to "Heroin Deaths in Pittsburgh a Crisis"