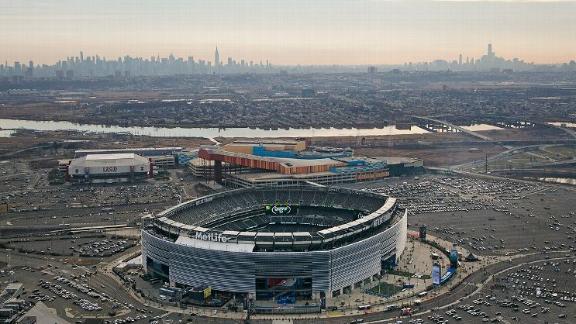 Hotels around East Rutherford, New Jersey, were sent suspicious letters containing white powder, however, the FBI has declared the materials non-hazardous. In an apparent hoax, seven packages were delivered between New Jersey and Manhattan. One of the letters was sent to the office of former New York City mayor, Rudy Guilliani, but did not appear to be addressed to him personally. It seems that some letters delivered to sites around this Sunday’s Super Bowl contained baking soda and corn starch.

The Joint Terrorism Task Force and Hazardous Materials units responded to the locations that received the suspicious substance. A statement was made by the FBI stating that all areas were secure and more information would be released pending a thorough investigation. New Jersey State Police noted that individuals who had come in contact with the letters were treated at Hackensack University Medical Center, where they were proclaimed healthy. Eight employees at Guilliani’s office were also evaluated and no signs of illnesses were found.

Hotels around the stadium were on a police ordered lock down until the materials were declared non-hazardous. Hazmat teams and bomb squads searched the hotels as well as post offices in the area. In a statement, the East Rutherford mayor confirmed that preliminary tests showed the substance in the letters was in fact corn starch. The letter sent to Guilliani’s New York office had a return address from Toronto and U.S. authorities are working with their Canadian counterparts in an attempt to find the origin of the packages.

According to a New York City Police spokesman, one of the letters contained the words “Always in my thoughts.” There are currently no suspects and motives remain unknown. However, it does appear that the security scare was a hoax and officials have proclaimed the sites safe. The hotels expect to be busy this weekend, as the Super Bowl is being played at East Rutherford’s MetLife Stadium. Homeland Security has a staggering presence in the area due to the Super Bowl, including air marshals, behavioral detection officers, bomb squads, and radiological detection teams. The transit stations in the surrounding area will be subject to intense security measures this weekend, including random baggage searches.

With all staff members who had come in contact with the non-hazardous material being cleared by medical personnel, managers have declared the hotels to be fully operational. One manager declared her hotel was back in business by 3 p.m., after the majority of security personnel had left. The FBI has confirmed that it will continue to monitor the situation as well as make sure the substances are subject to additional testing. For the time being, it seems that the atmosphere in the area has calmed and businesses in and around East Rutherford are continuing to prepare for the large crowds Super Bowl weekend will bring.