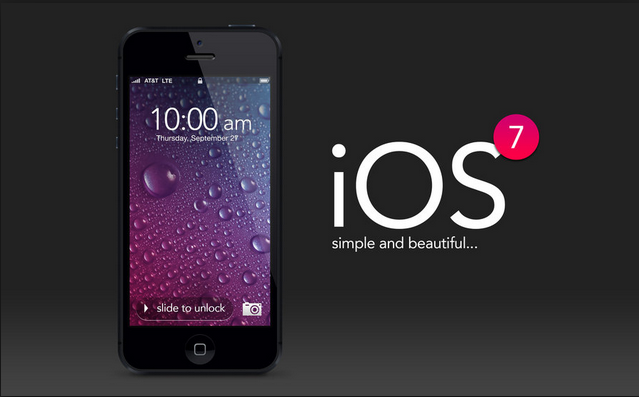 The latest iOS 7.1 beta 3 update from Apple Inc. has some new things in store for their users. iOS 7 has likely received more scrutiny than any other iOS release to date. However, this is probably due to Apple enjoying the most popularity by users to date as well. iOS 6 was probably one of the best mobile OS’s ever compiled, but most would agree that it was time to change when Apple released iOS 7 back in September of 2013.

The overhaul that came with iOS 7 gave the OS a shiny new look and feel by bringing in some awesome new features. Admittedly some did not like the change when it happened but most people do not like any change period. Most experts agree that Apple Inc. did a great job on the new platform but there is always room for improvement on any high-tech device in the innovative and fast-paced world people now live in.

Even though iOS 7.1 is not set to release sometime later in 2014, Apple has just release beta 3 of iOS 7.0. As suspected the update has brought with it some little fixes to the prior version, but the full update will also bring with it some great new features.

Coming back in iOS 7.1 are the buttons that were changed to text labels in the first release of iOS 7. This confused some users that were used to clicking a button to execute an action by now having to click an active bit of text. It now looks as though in ver. 7.1, a user will be able to turn on button shapes which will be found under Accessibility through the Settings app. When it is enabled, Apple has brought the button shapes back into the interface by placing a flat-looking button behind the active text.

Another change about to occur is the round buttons seen on the passcode and dial pad of the iPhone will also appear in a few other areas. Round buttons will make an appearance in the app FaceTime and the Phone app with Call, Answer, and End buttons ditching their former rectangular shape. The Power Off and Cancel buttons have also shed their edgy shape for a new rounder and pill-shaped button.

Some users also found that changes to the Calendar in iOS 7 were very annoying as the version got rid of the split list and calendar view inside the Calendar app. In iOS 7.1, toggling the calendar list view button at the top of the calendar will bring up the view most missed since the former version.

The latest iOS 7.0 update from Apple made it tough in certain conditions to read the screen. Background combinations were very white and bright so Apple will be introducing methods to create more contrast between backgrounds and text to make reading the screen a lot easier. In iOS 7.1, users will also be able to toggle a dark keyboard with white writing as an option instead of the standard white keys with black writing. The white’s brilliance will also be toned back slightly so that the screen will be less glaring to the user. Some of the app icons have also been toned darker a shade to eliminate the look of bright neon colors. This is also true in the Shuffle and Repeat buttons inside the music app. These buttons now get a darker background than before. The entire screen will have the ability to be toned down to be less glaring to the user.

There are more changes coming in iOS 7.1 that aren’t all based on graphics. Big changes are expected to the Car Display that allows a user to connect to the systems installed in the latest cars. As users wait for 7.1 to be released, it is expected that Apple Inc. will continue releasing a few more beta versions to update 7.0 until version 7.1 is ready for delivery.

Sources:
Know Your Mobile
Gotta Be Mobile
Cult of Mac