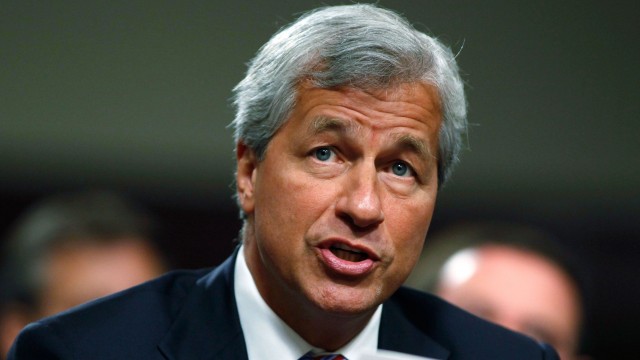 Jamie Dimon, CEO of JP Morgan, the largest bank in the U.S., is awarded with 74% increase in his 2013 salary after the bank spent over $23 billion after regulatory and criminal investigations in 2013. According to the Friday filing with the Securities and Exchange Commission, he earned $18.5 million in restricted shares and $1.5 million in salary in 2013, increasing from $11.5 million in total in 2012. The decision by JP Morgan’s board has raised a serious question whether Dimon really deserves such high pay raise, after a series of embarrassing incidents in 2013.

Under Dimon’s leadership in 2013, JP Morgan set aside $13 billion to settle in questionable mortgage-bond sales with authorities. The Bernard Madoff’s Ponzi scheme cost JP Morgan additional $2.6 billion to settle with victims and to avoid a potentially humiliating criminal investigation into the bank’s involvement in the scheme. The bank had to pay over $1 billion for its failure in oversight on the disastrous derivatives deals made by a London derivatives trader known as the “London Whale,” which cost $6.2 billion in 2012. These events, however, are not the only ones that make JP Morgan’s decision to raise Dimon’s pay bewildering to market observers.

The reason for failure has been attributed to the fact that most of institutional investors/shareholders, who hold the majority of shares of JP Morgan, stood behind Dimon. It is speculated that if shareholders hold another vote of confidence in Dimon now, they may be successful in removing him from his CEO post. Shareholders have already started moving against him. Needmor Fund with 2,100 shares of JP Morgan, the Wall Street Journal reports, asked directors of the board to find “an independent director as board chairman” when Dimon steps down as CEO.

The board of JP Morgan, in its 8K filing with the SEC, stated that it decided to raise Dimon’s pay after carefully considering numerous internal and external conditions in 2013. The board cited his ability to deal with serious legal issues and settle without too much damage to the bank’s business and reputation. It also mentioned Dimon’s ability to build sustainable business model for a long-term and its current position as market lead in fiercely competitive financial market. Ironically, while there is no denying that Dimon has morphed JP Morgan into a dominant player, even more so than Goldman Sachs recently, all the troubles that JP Morgan is currently facing have occurred during his tenure as CEO since 2005.

Mr. Dimon’s salary of $20 million is not immediately available to him right away and can be smaller in the future. Half of his $18.5 million in restricted shares will become useful to him after two years; another half after three years. Vesting those shares to him is tied to the performance in the future and resolving regulatory issues. Nevertheless, it is hard to imagine that Dimon will be unhappy when JP Morgan gives a paycheck with a 74% increase with all business and legal issues costing billions.