Justin Bieber Got His Hand Caught in the Cookie Jar 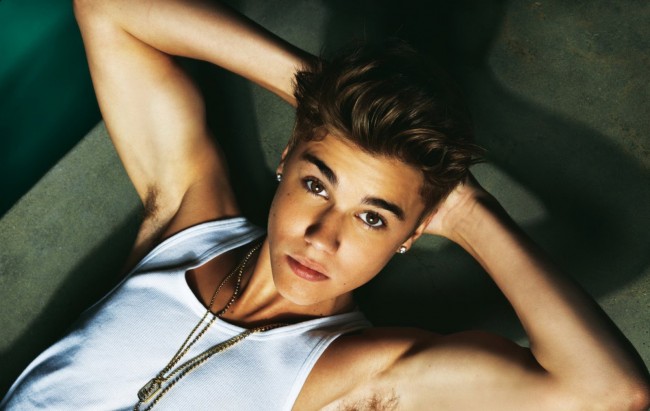 Justin Bieber got his hand caught in the cookie jar. Will he get off the hook this time?

When police raided Bieber’s Calabasas mansion last week, searching for evidence from the infamous egg-throwing incident, they allegedly found drugs and paraphernalia scattered throughout his home.  According to a TMZ source, Bieber had “cookie jars” full of weed, in addition to other related items.

The singer’s behavior the last two years throw up red flags not only to his handlers, but also to the cops. A rap sheet of bad behavior is being chronicled, and now he finds himself under investigation. Does Justin Bieber have a substance abuse problem, and could this be the root of his exploits?

People close to the “All That Matters” singer have urged him to enter rehab, according to TMZ. But he has ignored their pleas. It is said that not only is the pop star indulging in weed, but he’s also consuming sizzurp (also known as “lean,” a mix of codeine syrup, promethazine, Jolly Rancher and Sprite, or Bieber’s favorite, pineapple Fanta), alcohol and prescription drugs such as Xanax. Now that Bieber’s hand has been caught in a cookie jar filled with weed, will he agree to rehab?

As a teen pop star, the Canadian’s adolescent years have been anything but typical, except perhaps for fellow pop star, Miley Cyrus, who is no stranger to backlash. With superstardom, there will inevitably be partying. So, it’s no revelation that Bieber’s seven-bedroom, eight-bathroom mansion is home to all-night wild parties with or without the pop star in attendance. Posted images online have shown tables full of beer and alcohol bottles, Styrofoam cups and hookah pipes. Neighbors have long since grown tired of Bieber’s antics, calling the police on several occasions. They have even gone so far as to say he is a bratty kid that needs a good whooping. 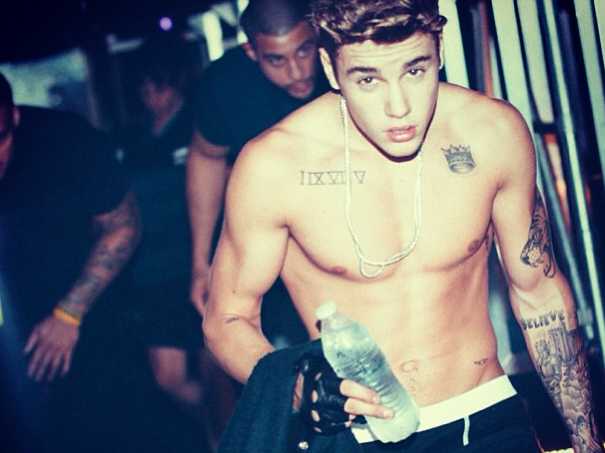 Back in April 2013, Swedish police raided Bieber’s tour bus outside Stockholm’s Globe Arena. The pop star had been inside the arena only half an hour when they seized a small cache of drugs. Then, in September 2013, his bus was detained for drugs at the Canadian border. While Justin was not on the bus at the time, this is the second incident that the tour bus has been searched with drugs uncovered.

Another indicator that Bieber has a substance abuse problem points to his tagged skateboard ramp. On the left side of the ramp, TMZ noticed a reference to “double cup” with a Styrofoam cup sprayed next to it. The tag refers to sizzurp.

From collapsing on stage in London to his reckless lifestyle, bad publicity follows this Canadian crooner on a daily basis. Just this month, Bieber has found himself under investigation by the Los Angeles County Sheriff’s Department for vandalism in the wake of an egg incident. Deputies swarmed his Calabasas mansion with a search warrant looking for clues to the incident, damages of which have been estimated at $20,000. The expense of repairs is a crucial factor in establishing the gravity of the charge. If damages exceed $400, Bieber could face a felony vandalism charge.

The teen idol is besieged with problems that are either drug-related or just the overindulgence of a teen superstar who is out of control. With his status and high paycheck, who is going to say no to Bieber?

In 2012, the pop star told The Huffington Post that he wanted to be a person who is “respected by everybody.” But Justin Bieber’s latest entanglement may have put his hands in cuffs rather than in a cookie jar.