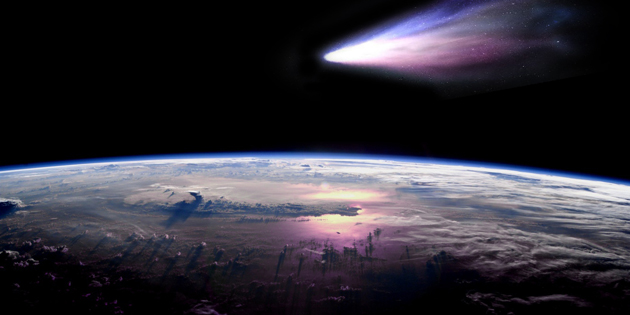 NASA has a highly ambitious plan to be the first space agency to land a robotic probe on a comet that is flying around in orbit. At 12:00pm EST today, live audio streaming will take place to discuss the project called Rosetta which is the code-name for their interesting probe-landing, comet capture mission. The audio stream can be accessed by visiting the first link under “sources” at the bottom of this article.

Attending the meeting will be James Green, the director of planetary science from Washington, as well as four other people who make up a team of scientific advisers, project scientists and project managers. The Rosetta mission is highly intriguing because it creates the stepping-stones for NASA’s even more ambitious plan to land astronauts on a near-Earth asteroid, rather than simply a robotic probe.

This live stream is taking place just a few days after NASA’s probe awoke from its long hibernation. After sleeping for 957 days – a record-setting number – the probe sent back the message “Hello World!” 800 million kilometers – almost 498 million miles – from planet Earth. The choice phrase of awakening of course, has its origins from the early programming language “B” which first appeared in A Tutorial Introduction to the Language B written in 1973. The catchphrase has, since then, become popular in a variety of uses, one of the most notable perhaps being the first text a website creator sees on their new WordPress site.

Scientists are excited about the Rosetta prospecting mission because of the information they hope can be obtained from learning about comets, which are already believed to contain a vast plethora of resources and knowledge. It is estimated that comets fly through space with little if any change occurring for 4.6 billion years and could be responsible for bringing both water and early forms bacterial life to Earth. During this NASA live audio streaming event, more details about the comet capture mission will undoubtedly be revealed and additionally – perhaps – plans for the future of landing astronauts on an asteroid.

NASA’s mission to learn more about comets and asteroids also goes hand-in-hand with “The Science Guy” Bill Nye’s plans to learn more about the rocky Goliath in order to preemptively ward off any extinction level threats similar to the one that likely wiped out the dinosaurs. Nye informs throughout his informational video that an asteroid larger than 140 meters is a “continent-killer” and anything bigger than that could wipe out an entire species. This is a threat which is all too real, regardless of how unlikely to occur it actually may be. Last year, a meteor which was 20 meters in diameter exploded only 18.5 miles above Russia and a countless number of videos of the event were uploaded to social media. Using Nye’s description, a meteor this size would have created a blast the size of Arizona, had it struck the ground.

One can only imagine the vast wealth of knowledge and information that can be obtained from NASA’s Rosetta comet capture mission. The best way to learn more about the ambitious plan is tune into NASA’s live audio streaming and learn more about what the space agency intends to do and how they intend to achieve it. This is no longer one small step for man, but a giant one.