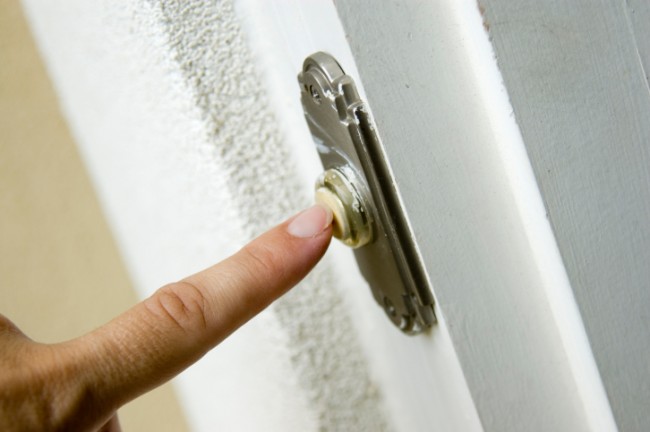 Only a short time after a Florida man was shot dead for texting in a movie a theater, another unbelievable story has surfaced of a gun being used in a petty disturbance in Pennsylvania. Near Gettysburg, PA, early Friday morning, a 28-year old shot a 14-year-old boy for ringing doorbells in his neighborhood. The man, Erie Steinour, of Biglerville, PA is was taken to jail over the shooting.

Police have charged the 28-year-old with aggravated assault and other offenses. Reportedly the 14-year-old was a part of a group of youths who were causing mischief in the town by ringing doorbells at 2 a.m.

Steinour apparently shot at the boys trying to frighten them off. He was arrested by police after admitting that he was the one who had fired the gun.

The boy was taken to the nearby Gettysburg Hospital after the incident. He was later transferred to York Trauma Center for further treatment but police have reported that the incident was not life threatening.

According to online reports, Steinour is still in a Pennsylvania jail and his attorney could not be reached for further comment concerning this incident.

Officials in the town say that there have been many incidents lately concerning young people in the community causing mischief at night by ringing doorbells to wake up home owners. This one is the only incident to have apparently generated violence.

Jay Johnson, the Arendtsville City Council President, said he received a similar prank only day before this 14-year-old was shot after ringing door bells in Biglerville. He also said that when a similar incident happened at his house, he chased after the pranksters on foot but that was as far as he had went. He also said that he notified the state police.

“The first couple of times you’re woken up, it scares you. Then it disrupts your whole night once you’ve woken up,” Johnson said. He added that it is a major inconvenience, something homeowners should not have to put up with, and that it shouldn’t be happening.

No culprits have been caught in any prior incident pertaining to these doorbell pranks. Pennsylvania State Police spokesperson Trooper Robert Hicks confirmed that these incidents were happening and also said that pranksters could be charged with harassment if they are caught.

Although Mr. Steinour clearly was the victim of some harassment, this case will definitely add more fire to the growing debate over gun ownership laws. This case, just like the case in Florida, demonstrates unfortunate circumstances when gun ownership for protection can take a negative turn.

This news also comes after the public received word of a new film by producer Harvey Weinstein that will apparently be targeted against the NRA and provide further fuel to the fire over this debate.

These incidents involving youths have dated back to November. Residents in this area of Pennsylvania will be paying close attention to see if the shooting of a 14-year-old boy after he rang a doorbell as a prank will stifle this kind of behavior.