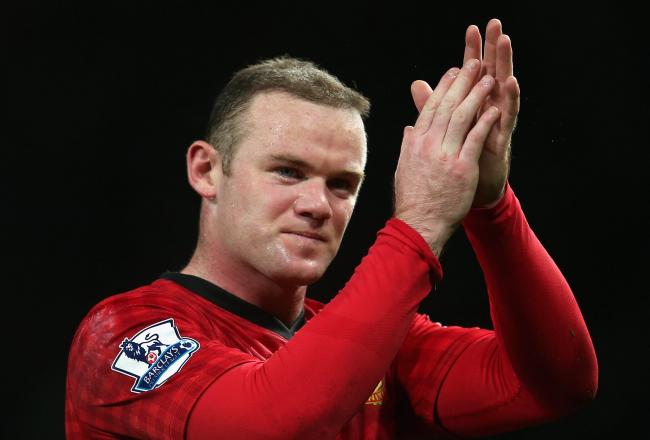 Wayne Rooney seems to be holding Manchester United to ransom after reports of his demands to stay at the club surfaced.

It recently came to light that he is demanding to be made club captain, wants to get paid £300, 000 per week and wants to have the inside information on transfer plans before they are effected.

Rooney had made such demands last season and he was promptly turned down by Alex Ferguson, the former manager of Manchester United.  At the time, It looked like the worst thing that could befall the player was a transfer away from the club but Ferguson seemed to insist on ‘punishing’ the player by not granting him a move away from the club though there was going to be a long line of suitors ready to take him. That seemed to be Sir Alex just trying to prove his authority, which he definitely did. Ferguson was the boss and he wouldn’t have it any other way.

At the start of the current season, with the club appointing David Moyes, it was sure a battle line of some sort had been drawn. Rooney was going to push even harder for a move. It should be recalled that it was Moyes who was his manager as a youngster at Everton. A feud had been brewing ever since Rooney released his biography and didn’t exactly have the kindest of words for Moyes. Moyes filed a law suit against Rooney and it seemed Rooney hadn’t taken kindly to that particular gesture. How exactly Manchester United and Ferguson thought the arrangement was going to work is beyond comprehension, but the bottom line is they hired David Moyes to manage a team that already has one of the best players unhappy and the player also had a long-running wrangling of some sort with the newly appointed manager.

Rooney has not exactly been the most loyal of servants to the club that paid £25.6 million for him as teenager. He has, over the years, at various times held the club to ransom as they sought to extend his stay at Old Trafford.  He even once removed the name of the club from his Twitter handle even though he later assured this had nothing to do with his loyalty to the club.

There have been many reasons cited as to why he has at times looked uninterested at the club. It was once said that he blamed the club for not having enough ambition to match his own. At another times, it was claimed he wanted out because he was not being played in his preferred striker role up front. His frosty relationship with Moyes has also been cited as a possible reason.

What the reason is remains unclear but what is certain is that Rooney has not shown the same loyalty to the club as legends such as Ryan Giggs, Gary Neville and Paul Scholes. In asking for wages that will make him earn more than any other player on the planet, to be kept in the loop as per the administration of football transfers, and even to be named club captain, Wayne Rooney has not shown or reciprocated the amount of faith the club has shown in him. In holding Manchester United to ransom over his demands to stay at the club, Rooney is not being the most loyal of servants to the self-acclaimed greatest club in the world.

One Response to "Rooney Holding Manchester United to Ransom"