Utah School Snatches Lunches From Students Then Throws Them Away 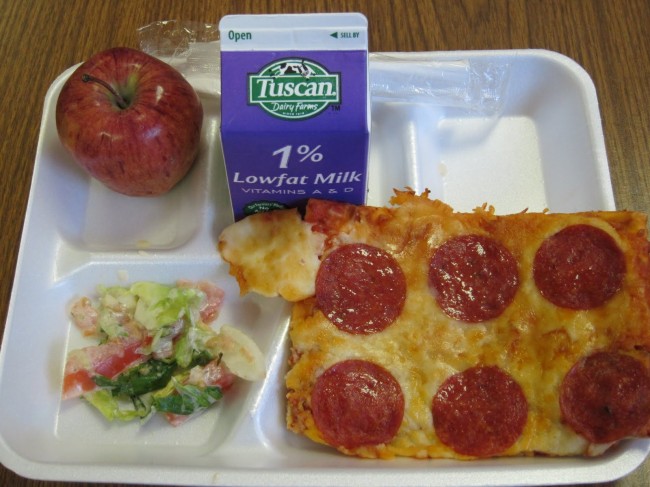 Utah elementary school lunch workers on Tuesday snatched dozens of lunches from students and threw them away before they had a chance to eat.  The meals  were taken from up to 40 students whose lunch account balances were negative.  Officials from the Salt Lake City School District took to their Facebook page, which contains a post regarding the abolition of child hunger, to apologize, saying that Uintah Elementary School officials should have handled the situation differently.

Students whose lunches were taken away were given milk and fruit to eat.  Jason Olsen, Salt Lake City School District spokesman, said that the milk and fruit were offered because the school would never allow the children to go hungry.  He also explained that the lunch system does not allow the workers to see the balance of a student’s account until after the meals have been served and they make their way to the end of the line, which is why they were given to the children and then taken away.

The lunches were thrown out due to rules that food could not be served to another student after it had been given to another first.  The policy of suddenly taking food away from children in front of their friends is unique to the Salt Lake City district.  Comparable districts in the area identify the students who do not have available funds in their account before they enter the cafeteria and provide them with alternative meals at that time.

The mother of one student, Erica Lukes, whose daughter had her lunch snatched away in her Utah elementary school lunchroom, only for the food to be thrown away, reported that a school official told her daughter that she could not have lunch because there was no money in her account.  According to Lukes, her child was upset to the point of tears.

The Salt Lake City School District reports that on Monday, school workers began contacting parents to notify them of the negative balance in their child’s account and continued to do so on Tuesday, which is the very same day that the lunches were taken away.  The district also spoke with school officials, who told them that when a student’s balance gets low, and before their balances are negative, the students are notified in the lunch line and notes are sent home to parents.

Speaking for other parents as well as herself, Lukes claims that they were never told of the problem with their accounts.  Even if they had been told, Lukes says that children should never have their lunches abruptly taken from them because of the upset it could cause.

An investigation is underway to determine if the proper procedures were followed to notify the parents about their empty accounts.

For its part, the district vows to work with affected parents to correct the situation and to make sure that it never happens again.

After outrage by parents in the district and on social media, Utah senators held a press conference at the school on Thursday and then ate lunch with the children inside. Senator Todd Weiler, R-Woods Cross, referred to the events as “bullying” due to the practice of taking lunches away in front of other students and causing them humiliation and called for the firing of the responsible person, saying that it was an abuse of power for the school to snatch lunches from students only to throw them away.  As of Tuesday, the cafeteria manager at the Utah school had been placed on leave while the investigation continued.