Women Over 50 May Develop Cervical Cancer if Not Screened

By Kimberly Ruble on January 15, 2014Comments Off on Women Over 50 May Develop Cervical Cancer if Not Screened 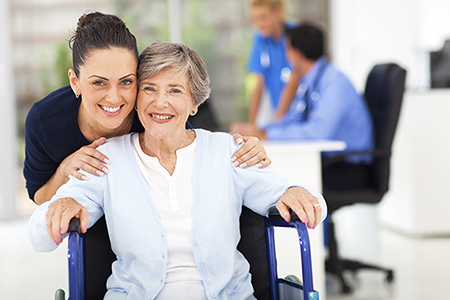 Women who do not get screened for cervical cancer when they are age 50 and over have a considerably higher risk of developing cervical cancer, according to researchers who have released a new study. The researchers also found that current cervical cancer screenings may not catch malignancies in women that are over the age of 50, so it’s clear that more comprehensive protocols are needed that will monitor patients who are in their sixties as well. The report has been printed in the medical journal PLoS Medicine.

The examiners looked at information which was taken from approximately 1340 women ranging in age from 65 to 83 who had been diagnosed with cervical cancer between the years 2007 and 2012. They were then compared to nearly 2650 women who did not have the disease. It was discovered that amid the women who had skipped having Pap smear tests between the ages of 50 and 64, nearly 50 cases of cervical cancer ended up being diagnosed per 10,000 women at the ages of 65 to 83.

Cervical screening is able to prevent cervical cancer by spotting pre-cancerous lesions and then allowing treatment to begin, stated main research author Dr. Peter Sasieni. The study was able to show that the majority of cervical cancers in women aged 60-74 have a forerunner that is detectable when the females were between the ages of 60 and 64. There are numerous cancers that end up being diagnosed after the age of 75 which are not preventable by screening under the age of 65. This proposes that pre-cancer lesions do continue to develop in older women.

In the cervical cancer investigation, Sasieni and his team examined the links between screened women who were aged 50 to 64 and cervical cancer frequency in women who were aged 65 to 83. They discovered that the females who had not been screened after the age 50 had six times the risk of developing the disease when paralleled to their peers who had a healthy negative screening history. To increase life expectancy, it would only be appropriate for countries that are currently stopping cancer screenings between the ages of 60 and 69 to start increasing the age at which screening cease.

The Centers for Disease Control and Prevention assess that about 4,000 women die from cervical cancer every year. Similar to cancers of the ovaries and the pancreas, the disease is often diagnosed with a dreadful prognosis, because it tends to go unnoticed until it spreads to nearby tissue through a reprehensible disease process called metastasis. Because of this, adequate screening protocols are absolutely critical to lowering the death rate.

Easing the Burden of Cervical Cancer

This research study has added to the efforts of improving screening procedures and diagnostic procedures. While the present results have been limited to only cervical cancer, wider screening practices might become needed in a variety of clinical settings, such as in countries that have life expectancies which are on the rise. The researchers stated that the protection level which is offered by good screening and having normal results over time does fall, but can possibly last up into the 80s, and ultimately ease the burden of cervical cancer.

Jessica Kirby, who is a cancer researcher, stated that cervical cancer screening can pick up on cells that are abnormal inside the cervix, which might turn into cervical cancer later on in life. If these cells are removed, it can prevent cancer from developing. Screening is one of the best ways of reducing cervical cancer risk in women who are failing to be screened for cervical cancer after they turn 50 and over.