GMO Foods: Chemical Crops in the Land of Aloha 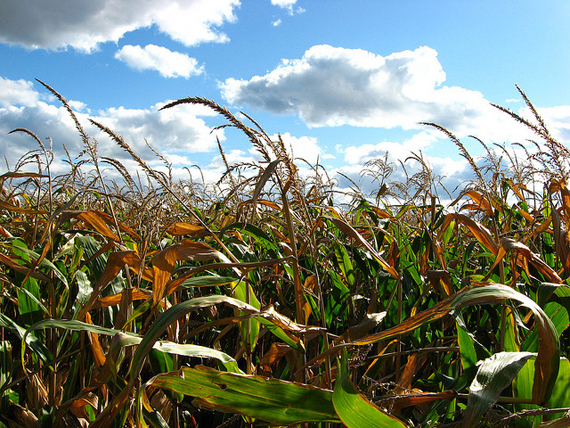 When I lived on the island of Kaua’i, just 60 miles across a channel from the busy Hawaiian island of Oahu, I worked for a small, family-owned business called Hoku Natural Foods; Hoku specializes in local, organic, and GMO-free foods. Just up the street, we were competing with Safeway and Wal-Mart.

One of the practices implemented in the business model of Hoku was to first defer to local farmers for anything they could provide on-island. The alternative is to pay more for shipping and then jack up the prices. The Hawaiian Islands maintain a unique environment where a huge variety of produce may be cultivated and consumed. Subsequently, while giving local vendors a chance to create sustainable farms, homesteads, and production facilities, the store received profitable amounts of local products that customers wanted to see more of. The local produce ranged from everyday greens, herbs, and root vegetables to tropical fruits available only in Hawaii (since there are laws preventing them from being exported but not sold in-state). Other vendors offered unique, natural health and beauty products that had passed all safety approvals. Naturally, the bulk of market items and some fruits had to be imported. But a customer could go to the store and buy a head of kale, a bunch of tomatoes, lettuce, shallots, cilantro, peppers, avocado, and mango that had all been picked that day and serve mango salsa and chips with a fresh salad for a dinner party that night.

Education was an inherent benefit for customer and clerk alike at this store. I learned about businesses that did not adhere to conscientious models, focusing on profits at all cost. The seed company, Monsanto, came up time and again in conversation. In addition to the many herbicides, pesticides, and animal growth hormones produced, the corporation’s heavy lobbying was frequently noted. I heard of them buying out tracts of land from local farmers in which to test and produce their GMO crops. Genetically modified organisms (or GMO’s) generally refer to seed and crops that have been biologically altered either to increase the yield of the crop or to boost the nutrition. This is seemingly a positive contribution to the world of food production, until one looks at the costs. They include inadequate safety testing, decreased long-term viability of crops, and the destruction of smaller-scale, sustainable farming. The latter issue involves any number of so-called, “contamination” cases, wherein independent farmers are subject to copyright laws involving their own seeds and pollen becoming mixed with Monsanto’s chemically-altered specimens. This could mean an unfavorable wind blowing Monsanto’s product into a farmer’s field and the farmer then being forced to not only grow Monsanto’s product, but also pay a “technology fee.” And if they object, they could face the possibility of being taken to court by a legal giant, backed with tons of revenue. Take this case posted on OrganicConsumers.org:

“Percy Schmeiser is a farmer from Saskatchewan Canada, whose Canola fields were contaminated with Monsanto’s genetically engineered Round-Up Ready Canola by pollen from a nearby farm. Monsanto says it doesn’t matter how the contamination took place, and is therefore demanding Schmeiser pay their Technology Fee (the fee farmers must pay to grow Monsanto’s genetically engineered products).”

I was surprised to learn one day while on a trip to Kauai’s south side that Monsanto owned seed-testing sites around the Kekaha and Waimea areas. Not only did I see the young, engineered corn; but I would find out there were talks of expansion to the east side. This was potentially hazardous to many of the farmers I knew and had worked with. As one resident put it, the danger not only lay in farmers being forced to grow Monsanto’s product, but “we are the guinea pigs for all these toxins.” Fortunately, Monsanto has since left Kauai, but has not decreased its production of GMO crops or its nasty business practices. If Monsanto and its advocates are allowed to control food production, Hoku will have no choice but to sell food that has been chemically tampered with. And it will no longer be known as Hoku Natural Foods.

What necessitates the use of potentially-toxic chemicals for testing, a negligent eye towards the after-effects, and the end of sustainable, local farming that serves its community? Which would you rather have growing? Monsanto’s profits? Or good, healthy, safe food?

One Response to "GMO Foods: Chemical Crops in the Land of Aloha"