Xbox One Number One in Consoles Sold December

By Robert Lawson on January 17, 2014Comments Off on Xbox One Number One in Consoles Sold December 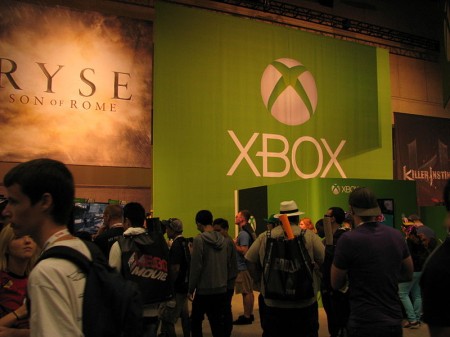 Xbox One ranked as number one in video game consoles sold in December, 2013. According to PC Magazine, the December sales for both consoles lagged behind units sold for Nintendo 3DS (a company whose console, Wii U has suffered very low volume), which was the most sold for the year. However, Microsoft’s Xbox One made the most money for the year. The PS4 wasn’t too far behind.

What was the driving force behind Microsoft’s success? Holiday sales. According to Eweek, citing data from the marketing firm NPD Group and Microsoft, 908,000 Xbox One consoles were sold in December. Though the PS4 trailed behind it December, it sold more units in the two-month holiday launch period. NPD concluded that, overall, console sales have increased by 50 percent from one year ago. The holiday season is electronic gift-giving season, so electronics retailers, suppliers and manufacturers target the time frame for their competitive sales strategies. This is usually when video game consoles like the Xbox One and PS4 are released to the masses.

The data from NPD shows that $3.28 billion in revenue was generated in retail income. The sales come from a combination of hardware, software, peripherals and other accessories. In a PC Magazine article, NPD analyst Liam Callahan was cited from a statement in which he concluded that December was the fifth consecutive month with positive yields. Xbox One being number one in consoles sold for December was an exciting boost for Microsoft.

Xbox Corporate Vice President Yusuf Mehdi said in a statement that they are just beginning and there will continue to be innovation and quality entertainment to come in 2014. He also expressed gratitude for the many fans of the products and the many who have just joined the console’s “family for the first time.”

Eweek pointed out that Microsoft’s own internal data suggests that game consumers purchased about 3 games per new console since November 22. The company had made record sales by making the one million milestone sales mark. Their announcement was a big deal in the gaming community, and it was also a big deal to investors.

The platform itself, including the 360 model, reached $1.39 billion in retail spending for the month of December. Slashgear pointed out that Xbox 360 sales came in third for that month, so this is a sign of strength for the franchise overall.

Dan Race is the senior director of corporate communications for Sony. Slashgear quoted him in their article as part of the strategy for both Sony and Microsoft to claim victory in their announcements. Though, they both made a lot of money selling game consoles and software. Race said that every available PS4 console in a retail location was out of stock during the month of December because stores were overwhelmed by shoppers looking to buy one. 4.2 million sold worldwide, which technically means they are both victors in the video game hustle. Sony actually sold more units worldwide than did Microsoft.

Innovation and a great deal of investment in research and development on the part of Microsoft has proven a valuable and viable strategy for their gaming franchise, which has now expanded into the mobile device market. It is no wonder Xbox One was the number one in sold consoles for the month of December.