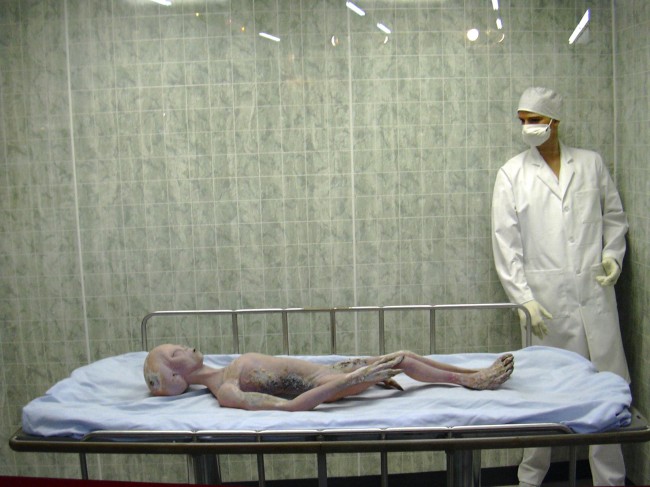 Scientists from Search for Extraterrestrial Intelligence have been looking for alien civilizations for decades, but now claim that E.T. (Extra-Terrestrial life form) has been detected, although it is not how people expected. Even if experts like Seth Shostak believe that the encounter with E.T. could happen by 2040, others mention that extraterrestrial life forms are already among us and their appearance resembles the well-known bacteria. Plenty of astrobiologists have stated that terrestrial bacteria, the single-celled organisms are perceived as a pattern for alien life form discoveries.

Lord Martin Rees, the Queen of England’s astronomer believes that remote civilizations could be detected if human understanding would be broadened, because E.T. is probably not how people expected. On the contrary, quantifying and describing other life forms’ evolution keeps people from seeing the real face of aliens.

“They could be staring us in the face and we just don’t recognize them,” Rees said.

Rees is a firm believer that the reason why human beings have not had a rendezvous with E.T. yet is because the former are “looking for something very much like us, assuming that they at least have something like the same mathematics and technology.” The cosmologist’s idea with regard to alien appearance is shared by Denise Herzing, biologist at Florida Atlantic University who designed an exercise named COMPLEX which allows people to get rid of the current manners of assessing extraterrestrial intellect in terms of language and society.

“The goal of COMPLEX would be to prepare ourselves for assessing other species if we find life in space,” Herzing said.

Arizona State University researchers Peter Buseck and Martha McCartney believe that the best clue of alien life people can find is bacteria and the discovery was made in 1996, although people are not aware of the fact that extraterrestrial civilizations have been detected.

18 years ago, a team of scientists from NASA discovered fossil bacteria in a 4.5 billion-year-old Martian meteorite thanks to an iron-based mineral called magnetite. Experts claimed that inorganic processes could not have produced the meteoric crystals, which proves that alien life is the only valid answer to magnetite, a mineral formed through a controlled process with the help of “magnetotactic” bacteria.

In 1929, Edwin Hubble discovered that galaxies recede further from one another, which means that the distance between planets and stars grows bigger. As a result, experts cannot explore the space enough to conclude whether alien civilizations could be detected or not, but one thing they agree on is that E.T. is probably not how people expected, because of a different kind of evolution.

Seth Shostak, SETI scientist believes that humanity is on the verge of discovering extraterrestrial life forms.

Alien civilizations have not been detected yet because the search has focused solely on a few thousand star systems, but advanced technology could help encompass over a million star systems by 2040. Shostak concluded that “one in five stars has at least one planet where life might spring up”, so Earth-like planets are more of a reality than a possibility.

New research puts forward the idea that alien civilizations might be detected, since it is likely that the Big Bang “leftovers” produced habitable planets, but E.T. is probably not how people expected since evolution could have changed they way in which they look like or communicate.

One Response to "Alien Civilization Detected, ET Not How People Expected"