Annie Leibovitz Sets Off on a Personal Pilgrimage 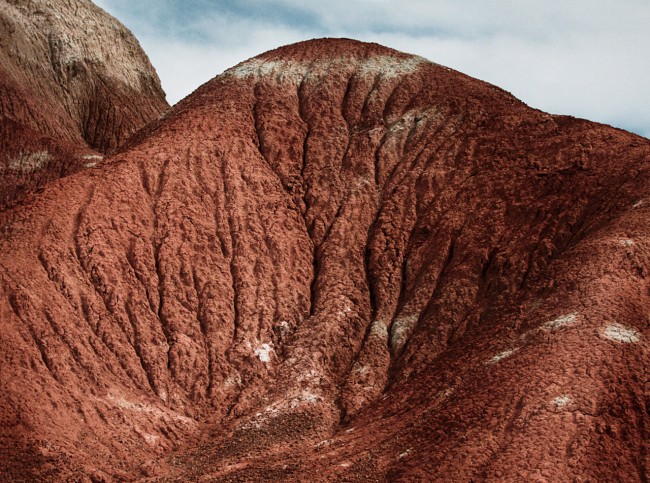 Annie Leibovitz, the renowned portrait photographer, is probably most known for her images of celebrities such as John Lennon, Bruce Springsteen and Keith Haring. She worked for magazines like Vogue, Vanity Fair and Rolling Stones, and on an American Express advertising campaign with Elmore Leonard and Luciano Pavarotti to name a few. Most recently, she shifted her focus and went on a personal pilgrimage.

Leibovitz commented that her mission to encapsulate images of places and objects that she admired was a method of “saving her soul,” and that the experience was a method to regenerate and see again. The personal journey took the photographer to places with personal meaning to her. Annie Leibovitz’s pilgrimage began in Amherst, Massachusetts, at the 19th century American poet Emily Dickinson’s house. Other stops along the way included Sigmund Freud’s London home and writer David Thoreau’s Walden Pond cabin, and the homes of Annie Oakley and Elvis Presley.

As her pilgrimage progressed, so did the camera equipment. She started with a digital camera. Then, the photographer moved on to use more sophisticated equipment while still keeping her journey’s premise personal. She photographed spanning landscapes including Yosemite Valley, in homage to legendary black and white landscape photographer, Ansel Adams.

Historian Doris Kearns Goodwin wrote the introduction to Leibovitz’s book. She said that the idea of a pilgrimage began with a visit to the celebrated singer Mirian Anderson’s studio. This trip took Leibovitz to the Washington D.C. Lincoln Memorial. Subsequently, Leibovitz “set forth on a journey to find Lincoln himself.”

Deemed a “living legend” by the Library of Congress, Leibovitz charted a new direction, and commenced on her personal pilgrimage in 2009 to photograph locations and items connected to people who she admired. Two years later, she told The New York Times that the project came at a good time, and was a means to “save her soul” after agonizing losses.

The Abraham Lincoln Presidential Museum presents Annie Leibovitz: Pilgrimage, a photographic account that took the legendary photographer across the U.S. and abroad. What makes this exhibit different from past retrospectives is that this one is a divergent from her usual work – no people, just places and items. Going down “a different path,” Leibovitz photographed Elvis Presley’s Harley-Davidson motorcycle and even the bloodstained gloves worn by Lincoln the night of his assignation.

This experience is also different for the Abraham Lincoln’s Presidential Library and Museum (ALPLM). Abraham Lincoln enthusiasts know that a visit to Springfield to visit the 16th president’s home, tomb and museum is a must-see.  The museum usually concentrates on exhibits related to Lincoln and the Civil War. 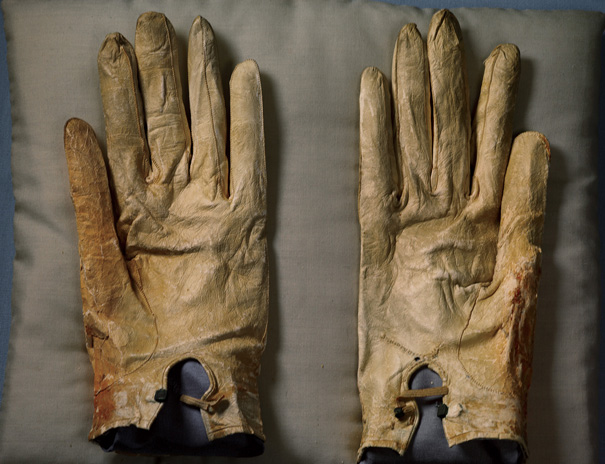 The Pilgrimage exhibit is an opportunity for the ALPLM to expand its audience. The museum has taken the extra step to complement the 70 photographs with two films, Love Me Tender with Elvis Presley and Marilyn Monroe’s Niagara. Eileen Mackevich, ALPLM Executive Director, says that working with the “American 21st century icon,” Annie Leibovitz, the museum is not only broadening the audience, but “broadening our thinking” by relating Lincoln to other ideas.

In Leibovitz’s book with the same name, Pilgrimage, Leibovitz states that Lincoln’s life was a “tragic version of the American dream.” She commented that seeing Lincoln’s gloves was like looking at his hands. With a career that spans more than 40 years, this exhibit shows not only a profoundly intimate account of what Leibovitz reveres, but it considers the question, how photographs, including her own, “shape a narrative of history that informs the present.

The Annie Leibovitz: Pilgrimage will run through August 31st, 2014, at the Abraham Lincoln Presidential Library and Museum.

The Abraham Lincoln Presidential Library and Museum Schedule of Events