Blizzard Is Searching for Next World of Warcraft 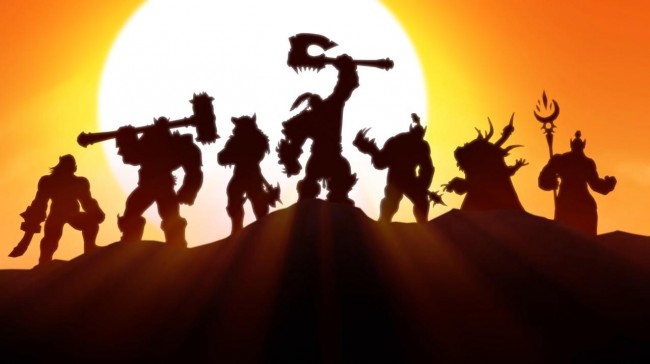 Blizzard Entertainment, a subsidiary of Activision-Blizzard, is eagerly searching for the next World of Warcraft in order to retain the top spot in the online gaming with iconic titles. The giant game developer and publisher has introduced the most memorable games for the past two decades, but nothing like World of Warcraft series provided  a stable revenue to the company’s income sheet every year since the game was introduced in 2004. However, the recent numbers have been in gradual decline from its peak in 2010, although the earning call on last Friday revealed some stability in the number of subscriptions of World of Warcraft.

According to the most recent yearly statement filed in February 22, 2013, World of Warcraft counted for 61 percent of the publisher’s revenue in 2012, compared to 90 percent and 89 percent in 2011 and 2010 respectively. The quarterly statement for the third quarter of 2013 shows that the revenue from Blizzard decline from $414 million in the third quarter of 2012 to $282 million in the third quarter of 2013. The 2012 revenue is due to the release of two of Blizzard’s best selling franchises, while the 2013 did not have comparable releases. The online subscription figures in the same periods show a decline but it is difficult to tell as the number represents all of online subscription features of Activision-Blizzard.

The second development plan is to introduce existing Blizzard games to different platforms. Until recently, Blizzard was never able to introduce the successful titles to gaming consoles, although it had released some of the early games to different platforms in its fancy during the 90s. In 2013, the publisher finally introduced Diablo III to PlayStation 3 and Xbox 360 and presented the gaming experience in the console version as different from one in PC version released several months earlier. It also expects to release the special version of Diablo III: Reaper of Soul for PlayStation 4 some time later in 2014, while the PC version will be released in March 25, 2013. It is likely that the company has chosen Diablo over other title games to be released in console platforms because of the suitability of the game packed with action features that usually attract console gamers.

As a first step toward the revenue source purely based on micro transactions, Blizzard expects Hearthstone, its free-to-play game, to generate a significant revenue purely from the micro transactions. The game is an online card game similar to Dungeons & Dragon, a tabletop role-playing game in which a player with a better set of purchased cards can win. The company intends that players of Hearthstone will buy cards from its online store, which then can be used in the game against other players.

World of Warcraft, along with StarCraft and Diablo, has made Blizzard Entertainment unique in the gaming industry. Competitors, including Electronic Arts, have failed to dethrone Blizzard as the king of massively multiplayer online role-playing game (MMORPG). With the strong financial backing from the parent company Activision-Blizzard and the iconic titles still in the gamers’ hearts, Blizzard is actively searching to cement its position, as it takes multiple approaches to developing the next game that will make it stand among the crowd and generate enough revenue to keep investors happy, as World of Warcraft has done.

16 Responses to "Blizzard Is Searching for Next World of Warcraft"