Anti-Gay Bills in Kansas and Uganda 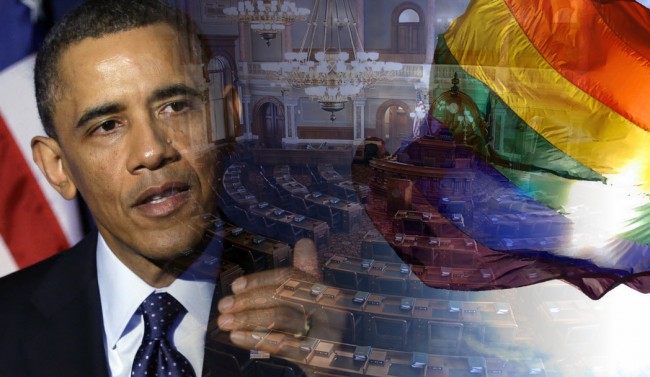 Anti-gay bills in both Kansas and Uganda are today being resisted, and encouraged, by the various levels of the U.S. government. Regarding Uganda, President Barack Obama has made it clear that a proposed anti-gay bill will damage the U.S.-Ugandan relationship. Meanwhile, in Kansas, House and Senate Republicans are shying away from Bill 2453, that would allow for open discrimination against gay citizens. This is despite the fact that the Kansas house passed the legislation 72-49.

The human rights situation in Africa is poor for homosexuals, with 27 out of 44 African nations having explicitly anti-gay legislation on the books. Two more countries, Egypt and Algeria, have legislation that can be used to discriminate if a judge decides that way. Gay Africans are often required to take to the streets of western cities in gay pride parades in order to campaign for gay rights.

In Kansas, the aim of latest bill was to allow citizens to openly discriminate, rather than the state itself doing it. Bill 2453, if passed, would allow people in Kansas to refuse gay people goods, services, benefits, or employment, if the individual felt the homosexual person’s relationship was against their sincerely held religious beliefs. The bill had a note of restraint, in that this discrimination would only be allowed in relation to gay marriages or “similar relationships.” However, the “similar relationships” clause would appear to allow for discrimination against any gay person in a long-term relationship.

In response to the bill’s passing, the Kansas Chamber of Commerce immediately complained about the legislation, as they felt local businesses would be left having to arbitrate the law, and left open to numerous costly legal actions in an employee acted upon the legislation. A web campaign to overturn the law received 50,000 signatures, a lot for Kansas, and a bill that the state House passed by a 32 percent majority on a Wednesday, was described by the Speaker of House as “unlikely to pass under current conditions,” by Sunday. Quite the flip-flop in just 4 days.

In Kansas and Uganda, however, resistance to the anti-gay bills takes some very different forms.

In Uganda the government is dealing with a violent insurgency by the Lords Resistance Army (LRA), a cult-like group caught up in traditional mysticism, tribal nationalism, and some borrowed elements from Christianity. The LRA are a small group, numbering just 500 or so, but in previous years have been up to 3,000 strong. They have also had a presence in Sudan, the Central African Republic, and the Congo. In order to help defend Uganda against the LRA’s attacks, the US sent “military advisors” to aid in actions against them. President Obama made it clear that this support would be unlikely in the future if Uganda continued on a deeply discriminatory path against gays. He said that he considered recent legislation “odious”, and tasked senior officials to try to talk Ugandan leaders out of signing the bill into law.

So as anti-gay bills continue to appear in both Kansas and Uganda, some are finding their rights protected by wider public opinion, and other not.