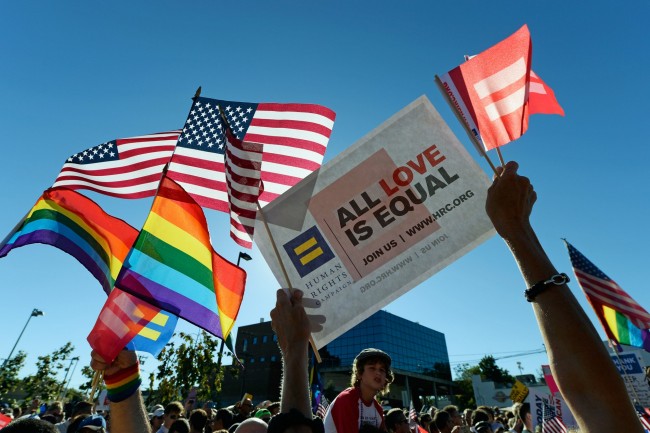 Is Arizona the new Uganda? While the focus has been on Uganda passing a law that makes homosexuality illegal, Arizona has skidded by with its own anti-homosexuality law; Arizona’s SB1062 would permit business owners to decline service to any gay and lesbian customer on the basis of religious belief. The bill is described by supporters as a way to permit people to act on their beliefs. Kellie Fiedorek, an attorney for the Alliance Defending Freedom, told CNN that this bill should be seen in a positive light given it would benefit by allowing everyone to exercise their beliefs. The bill is now awaiting Gov. Jan Brewer’s signature.

The state house passed the bill last week and is now expecting Brewer’s approval. Brewer is expected to sign the bill, she is a former business owner and has previously expressed her belief that small business owners are entitled to choose whom they cater to and work with. Many believe this bill would be the beginning of discrimination on all levels, whether it being for sex, race, age, and nationality. Brewer is also facing pressure to veto the bill from multiple businesses and corporations. According to CNN, Super Bowl XLIX is scheduled to be in Glendale, Arizona in 2015 and the organization has communicated that they are keeping a close eye on the bill. Apple has also requested a veto of the bill, as well as American Airlines, the Marriot and the Chamber of Commerce. Will Arizona take the risk and become the new Uganda?

Arizona’s SB1062 is being supported by the Center for Arizona Policy (CAP), their take action statement: Together We Can Make a Difference states that leaders of the community that want to create a better Arizona by promoting pro-life and conservative family principles. They are a powerful conservative group that have successfully campaigned for the passing of 123 bills since 1995, and are now pushing for Brewer to sign Arizona’s SB1062. Will Brewer make Arizona the new Uganda? Brewer has been making headlines since she signed the Support Our Law and Safe Neighbors Act, which requires all aliens over 14 years of age who are in the US for longer than 30 days to register with the government and carry documentation with them at all times. It also makes it legal for law enforcement to ask for the documentation if a person appears to be illegal. She has also signed bills that permit individuals to carry concealed weapons into establishments, as well as allow people to announce they are carrying a firearm if they feel threatened and plan on using deadly force. Brewer has removed the need to carry a concealed weapons permit, has cut healthcare by removing organ donation from Medicaid,and removing healthcare for uninsured children of families who exceed an economical cut-off.

Whether Arizona becomes the new Uganda is in the hands of Gov. Jan Brewer. Many organizations and business’ believe this bill will not only discriminate against homosexuals, it will also lead to the creation of discrimination based on sex, race, age, nationality and much more. Opposers also state it will greatly hurt the tourism and travel industry, with Super Bowl XLIX expected in Glendale, Gov. Brewer decision will be national.