Bieber ‘Walks the Line’ Between Fun and Felony

By Bonnie Sludikoff on February 27, 20142 Comments 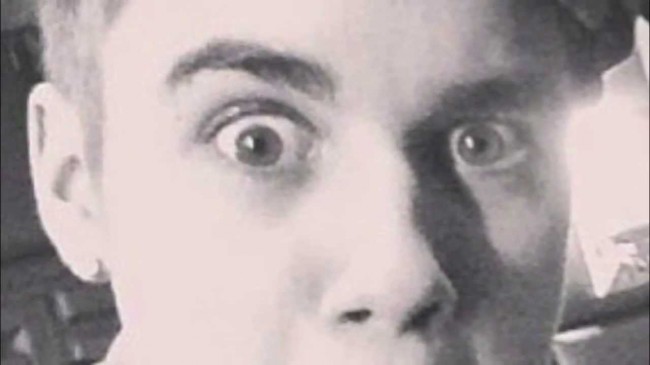 Justin Bieber is back in the news again, just a month after his last serious brush with the law, and his last serious bout of injecting the internet with an infectious strain of Bieber fever. This time, the 19-year-old pop singer is being scrutinized over leaked footage from his arrest from last month in Miami, and his attempt to walk in a straight line in order to prove his sobriety. The star continues to walk the line, but one might wonder, is it only a matter of time before Bieber crosses from fun to felony?

The leaked video features the singer attempting to walk a straight line at the Miami jail where he was held on charges of driving under the influence. To the chagrin of Bieber’s legal counsel, the silent footage is currently floating all over the internet. While Justin’s sobriety test results may be questionable, what is certain is that the world has not seen the last of Bieber and his antics.

If Bieber’s broad smile in his mug shot is any indication of his attitude, the star will offer the world plenty more opportunities to wonder what he will do next. As Bieber wanders the globe, spreading his music and his rendition of what it means to be a reckless modern celebrity, he manages to keep a stronghold on the headlines amidst recent competitors in that arena such as last year’s top contender, Amanda Bynes.

Previously, Bieber has been captured on film in the act of public urination, has been named as a suspect in a vandalism case, and has had drugs discovered on his tour bus by authorities. Additional alleged crimes Bieber has been suspected of include assault and animal cruelty. To the common observer, it may appear that Bieber lacks some basic social graces, but perhaps the teen has been trying to rack up some life experiences before turning 20 this March. Maybe this is his last hurrah. As of late, Justin has reportedly been searching for a place to get baptized. That is, baptized for a second time, as his mother has stated that he made the decision to commit his life to Christ as a child.

Bieber shared his appreciation of a Hillsong Sermon in September of 2013 via twitter, and is widely known to have grown up in a Christian home. Popular Christian news source, CrossMap, accurately labels the singer as an enigma, while hundreds of thousands have officially labeled him as a nuisance. A petition has circulated in hopes that Bieber will be deported back to Canada.  In the second most popular WhiteHouse.gov petition in history, more than 262,817 people have stated their approval in shipping Bieber back to Canada. The site only requires 100,000 signatures in order to receive a response, but whether the White House will take action remains to be seen.

While Bieber’s privilege to grace the United States with his presence has yet to be revoked, it is also yet to be revealed whether Justin will listen to the angel on his shoulder or the demon. Regardless of his choice, it will almost certainly make headlines. Right now it still appears to be all fun and games, but time well tell whether the Canadian superstar will continue to walk the line, or make the jump from fun to felony like so many others have.

2 Responses to "Bieber ‘Walks the Line’ Between Fun and Felony"