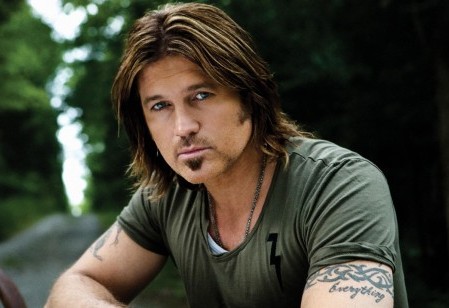 Billy Ray Cyrus, father of Miley and singer of the 1992 country hit Achy Breaky Heart has tried to “twerk” back the clock with a techno hip hop remix of the original song titled Achy Breaky 2. The 52 year-old country singer may be too old for a mid-life crisis, but he appears to be taking a page from his controversial daughter’s book on what young folks want and Cyrus senior has teamed up with Buck 22, who came up with the idea of remixing the original hit, to “update” his song.

Cyrus must be doing something right with the song as the music video has gone viral after only being up on the Internet for one day. At over 3 million views and rising, someone must like this revamp of his old “Breaky” hit.

Of course the world knows just who Cyrus is, he was famous long before he and his daughter got together for the Disney double act that was Hannah Montana. Buck 22, however, is another matter. This performer is actually a professional music producer by the name of Damon Elliot and aside from working with a long list of musical elite, including, among others Willie Nelson, Britney Spears, and Beyonce; he also does a bit of singing. It is, after all, in his genes.

If the name Damien Elliot still doesn’t ring a bell, it could help to know that Damien, aka Buck 22, is the son of music legend, and actress, Dionne Warwick and his father is Bill Elliot, actor and musician. Elliot owns the record label Confidential Records. Like his parents Damien is also a talented mixture of music and acting who produces records as well.

Now that each of the main players in the song Achy Breaky 2 have been identified, having a look at the music video seems to be in order. Featuring the iconic Larry King, who does the intro, the video opens with Cyrus and a young Buck 22 walking along a dirt country road a la Mayberry RFD with the young 22 as Opie.

As the U.F.O. mentioned by Mr. King flies overhead the two, Cyrus with his guitar case and 22 with his fishing pole, they are apparently zapped up into the craft. Once they arrive, “Opie” magically grows up into Damien Elliot aka, Buck 22 and Cyrus’ guitar case disappears leaving him holding a guitar. With a crew of body painted female “aliens,” some of whom resemble the alien Trance Gemini in the Kevin Sorbo television series Andromeda, Cyrus plays the guitar, which is not heard, and Buck 22 adds the hip hop while a techno beat goes on and on. It certainly seems that Billy Ray is trying to twerk back the clock and increase his appeal to a younger audience.

Granted, Billy Ray does not look 52 in the music video without a trace of grey, or white, in his hair and sporting some serious looking body ink with arms all “gunned up;” Cyrus has obviously been taking care of himself. However, even looking like a very youthful version of an early 50’s performer, the country singer wisely leaves the twerking to the body painted aliens who dance around the spacecraft smoking what look to be giant electronic cigarettes.

There are a few males intermixed with the Andromeda looking female aliens who seem to be abducting suitable males for their UFO trip across the globe. Opie reappears later in the music video where he seems to be doing a western solo line dance; there is no real logic to this as the “grown up” Opie, Buck 22 is still visible.

This video, where Billy Ray Cyrus tries to twerk back the clock, is a very tongue-in-cheek affair. The country star is giving his sexually contrived daughter a “nudge and a wink” by referring to her newest image. Cyrus and Buck 22 join together to musically murmur “Wrecking Ball” at one point; right after “22” sings the lyrics about people wondering who he is and that Miley keeps twerking while Daddy Cyrus “sings that crazy hook again.” The song is entertaining in a novelty sort of way and the techno hip hop beat does induce toes to tap. Unfortunately, this sequel to Achy Breaky Heart probably will not be a chart breaker. Watch the viral video below.