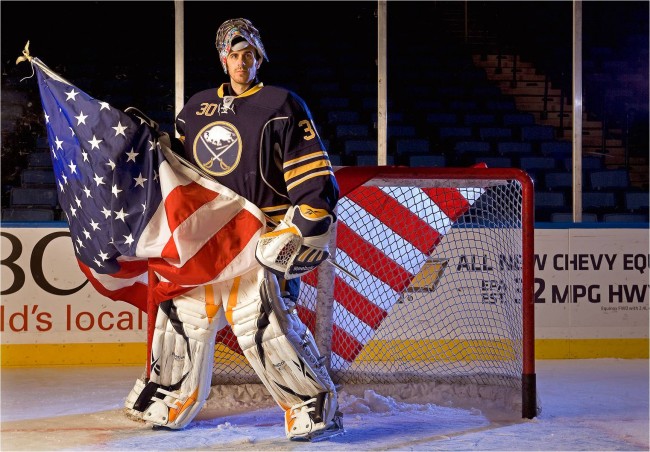 The Buffalo Sabres general manager, Tim Murray, is ready to deal and nobody is safe. Now normally, when this statement is made, the general manager means “nobody…except the core players.” But with the Sabres dead last in the conference and coming off a 5-1 loss to the top-ranked Pittsburgh Penguins on Wednesday night, the organization is looking to begin a lengthy rebuilding phase; one that star goaltender, Ryan Miller, decided he does not want to be a part of.

For the two-time U.S. Olympian, it is an understandable position to be in. At 33-years-old, his window to win a Stanley Cup is slowly closing and the Sabres are well away from making the playoffs, let alone making a Cup run. His best chances came almost a decade ago, when the Sabres made the Eastern Conference Finals for consecutive years in 05-06 and 06-07. Though both seasons ended short of hockey’s ultimate prize, at the time it seemed like the Buffalo Sabres were poised to be a contender for years. They had a young team that seemed to mesh well with the new rules that the NHL established during the 04-05 lockout.

It did not work out that way. The team missed the playoffs the following two years, and many of that young core left to find greener pastures. Those players that remained loyal to the team dealt with up-and-down seasons in the years that followed. The two pillars of consistency during these years were dynamic forward, Thomas Vanek and star goaltender, Ryan Miller. No matter how high or low the Buffalo Sabres were in the standings, Vanek would put up points and Miller would make the saves needed to get the team wins. Now, facing a long rebuild, even they have had enough.

Tim Murray moved Vanek earlier in the season, acquiring Matt Moulson and a first and second round pick from the New York Islanders. However, the key piece that many teams have been eyeing all season is Ryan Miller, and his accolades certainly provide enough reason as to why. He stole the show for the United States in the Vancouver Winter Olympics in 2010, leading the team to a silver medal. Miller won the Most Valuable Player award for the tournament, despite being on the losing team. Later that season, he won the Vezina trophy as the league’s best goaltender. This season, amidst trade rumors swirling around various destinations, Miller was again named to the U.S. Men’s Olympic Ice Hockey team and is expected to compete for the starting position.

Murray has said that he has had talks with several teams interested in the goaltender, but “it hasn’t gone past that.” The St. Louis Blues are one team reported to have serious interest in Ryan Miller, a logical destination given how strong the Blues have looked this season. With Miller in the net, they would almost certainly become the favorites to win the Stanley Cup. But other teams are in need of a goaltender, like the Washington Capitals or the Winnipeg Jets. Those teams may not be in as solid of a position to contend for the Cup as St. Louis, but they’ll likely pay a higher price for the Sabres’ star. In the end, the Buffalo Sabres will have to find the best deal for them and their rebuilding plans, whether or not those plans match Miller’s.