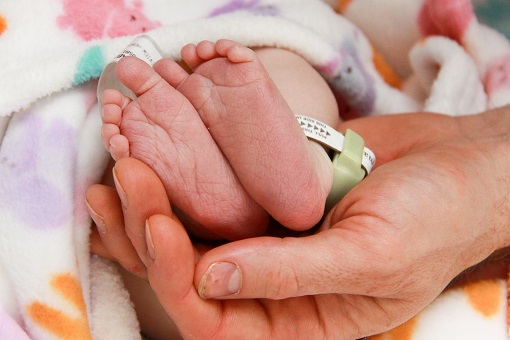 A new study shows that babies who are born by a Caesarean section may have an increased risk of obesity or overweight in their adult life, compared to those who are born by vaginal delivery. The study, conducted by researchers from the Imperial College in London, says the increased risk could be as high as 26 percent.

For the study, researchers looked into 15 studies, containing data from 38,000 mothers and children, spread over 10 countries. Although further study must be performed in order to know how a Caesarean section and the increased risk of obesity are related, researchers say it may be caused by an intestinal bacteria that is missed when babies are not delivered through the natural way. The lack of this bacteria may affect how the body processes fat. It is not the first time that Caesarean sections are questioned by researchers. Previous studies have shown that those who are born by a Caesarean section are also more prone to asthma and type 1 diabetes during their childhood.

Dr. Matthew Hyde says it is plausible that further studies will show that there is a significant correlation between Caesarean sections and the increased risk of obesity or overweight. “The compression of a baby during a vaginal delivery influences which genes are switched on and this may have a long-term effect on the metabolism, possibly causing an increased risk of obesity,” he says. Professor Neena Modi from the Department of Medicine at the Imperial College in London adds, “In some cases, a Caesarean section is the best option for mother and child and it can even be life-saving, but we must understand the long-term outcomes in order to be able to advise mothers in the best way possible.”

In the U.S., Caesarean sections have increased more than 60 percent in the past 15 years and roughly 30 percent of women choose a Caesarean section over a natural delivery. Two medical societies recently urged women and doctors to simply have more patience during labor, to stop watching the clock and to allow nature to take its course. It is generally believed that Caesarean sections are performed out of caution for both mother and child; however, a new study by the American College of Obstetricians and Gynecologists shows that death rates in Caesarean sections are higher than in natural deliveries. Uma Reddy, medical officer at the Eunice Kennedy Shriver National Institute of Child Health and Human Development, says, “Performing a Caesarean section also increases the risk of respiratory problems in babies.” Reddy agrees strongly with the fact that doctors may need to have more patience when it comes to a natural delivery. “If babies are in breech position or are to be born with feet first, doctors should first attempt to turn the baby by pressuring the mother’s belly instead of immediately opting for a Caesarean section,” she says.

While obesity rates in the U.S. continue to increase and are among the highest worldwide, researchers are now eager to find out if, apart from foods that are high in fats and sugar, the high number of Caesarean sections may play a part in this.