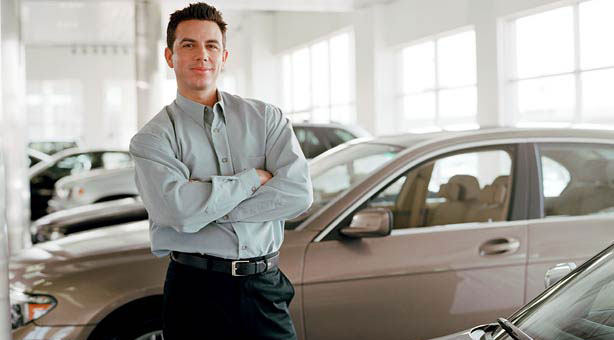 Car manufacturers are seeking better U.S. sales, though they like the current trends in European and Asian markets. Recession, credit issues, and bad weather hindered sales in the United States, while improving economies in Europe and China encouraged sales. Japanese rushed to buy cars before the a substantial increase in sales tax takes effect later this year.

The U.S. overproduction of cars has reached its highest point since the recession, which began five months ago. The three main U.S.  manufacturers reported an inventory of finished product that is expected to last for 100 days.

While production being up may sound good, car manufacturers fear extra inventory costs. Asbury Automotive Group COO, Michael Kearney, explains that management also needs to avoid the dead-weight costs of paying wages during downtime. Additionally, overproduction often results in having to offer discounts through dealerships around the country in order to liquidate the inventory.

Sales rose just two percent since Labor Day 2013, compared with a 10 percent gain in the previous year. Adam Jonas of Morgan Stanley states that many car buyers are shopping for something they want, not need. This in turn discourages offering lenient credit terms to customers.

Another reason for the slowdown in domestic car sales may be the weather. A winter marked by heavy snowstorms and subzero temperatures discouraged buyers throughout certain parts of the country. Madison, WI. Dealership manager Don Griffin believes cars will fly off of his lot with weather more conducive to outdoor shopping in the spring. Toyota Division general manager Bill Fay echoed the sentiment, stating that sales in warmer regions largely remained at average levels.

While car manufacturers seek better U.S. sales, Asian and European reports show signs of positive trends. Nissan reports an increase of 57 percent in profit last quarter. A weak yen spurred much the Japanese manufacturer’s sales to foreign countries like China. Sales in Japan increased as well, since buyers hurried to avoid the increase in sales tax later this year.

Car manufacturers expect a small increase in Europe as well, though they remain cautious. With gross domestic product rising by only 0.2 percent last quarter, the European Central Bank is preparing forecasts and a menu of possible policy measures for their decision in March. Despite the slow start, International Strategy & Investment Group’s Erich Hauser, in London, predicts an increase of more than four percent in 2014.

One of the countries making hinting at a comeback is Spain, which is beginning to recover from a terrible recession. Retiree Candido Lopez and his wife are representative of their country’s optimism, betting on economic recovery and buying a car. The Lopezes were previously concerned that their son may lose his job, and ability to help with their expenses. Deutsche Bank AG economist Gilles Moec says that car purchases are the epitome of discretionary purchases, echoing sentiments felt in the U.S. And Asia. Robert Wood, an economist at Berenberg Bank in London and a former Bank of England official, states boldly that the economy is improving slowly, but definitely surely.

Car manufacturers have reason to be hopeful about 2014. While U.S. companies continue to seek better sales, the sales trends in European and Asian countries look good. As weather and countries’ economies continue to improve, car industry sales managers should like what they see.