Can Childhood Obesity Be Cured by Fecal Transplants? 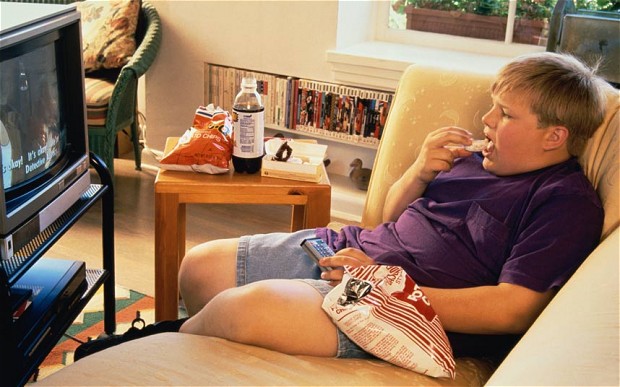 Scientists are learning more and more about gut flora—the bacteria that lives naturally in the human intestine—and how it can contribute to conditions such as heart disease, asthma, type 2 diabetes, obesity and more. Can childhood obesity be cured by fecal transplants? Consideration of this fact began after necessary investigation into how to cure C. difficile in patients who did not respond to the usual course of antibiotic treatment—or who responded, but could not live off of antibiotics without a recurrence.

C. difficile is a naturally occurring bacteria amidst the millions in the human intestine. When a person has what is known as broad-spectrum antibiotic treatment, usually before a surgery and while in hospital, much of the body’s microbiota (a new term for intestinal flora) is killed off. The antibiotics are given as a precautionary measure to prevent post-op infection, but ironically, without the usual host of microbiota to keep things in check, C. diff tends to proliferate. Once symptoms begin (diarrhea), it is very hard to combat this nasty bacteria. It can live outside the body on dry surfaces for months. This makes hospitals a breeding ground.

Researchers have found definitively that introducing healthy fecal matter into an unhealthy bowel, these days through a transplant administered by enema or colonoscopy, can, in fact, cure C. diff—whether in an obese child or a slim adult, and regardless of age. It is important to note that C. diff is a particularly aggressive infection, responsible for about 15,000 deaths per year in the U.S. and with 500,000 cases reported each year. During the various studies, other things began to be noticed. It had already come to light in recent years in an unrelated study that an unknown risk factor in heart disease is the digestion of choline—found in dairy products, egg yolks and red meat—which creates a protein that can cause atherosclerosis, basically like a plaque on the heart walls. Previous to this discovery the only biomarker for heart disease that doctors could test for was cholesterol levels and their associated proteins, which are entirely different.

Once doctors and researchers noted the correlation between the gut and heart disease, it was a natural progression to find the corresponding microbiota, which is what is now tested for, along with cholesterol levels, to determine likelihood of future heart disease. That led to wondering if changing the microbiota could positively affect the heart, and initial research shows that it can. This will likely be done through a variety of methods, including dietary changes, ingesting probiotics and, lastly, having fecal transplants. The Chinese have been administering “yellow soup” for centuries in traditional Chinese medicine, with positive effect.

Researchers began considering that many more conditions than we have previously realized may be affected by our gut flora. They have begun studying the microbiota in people with a wide spectrum of issues, including childhood obesity, asthma, type 2 diabetes, colitis, IBS, chronic fatigue syndrome and even Parkinson’s disease and autism, to see if a fecal transplant might be implicated in curing people. Preliminary studies are promising.

In terms of obesity, studies have been done on mice. When microbiota of an obese person is injected into a mouse, the mouse rapidly gains weight, with no other changes introduced whatsoever. It seems the microbiota, once transformed into unhealthy matter, actually changes the way the body processes food, allowing the body to take more energy, or calories, from food than is normal. The reverse is also true. When microbiota from a malnourished specimen is introduced into the mouse population, malnourished mice are the result.

Although in the human body there are millions of types of bacteria in the gut, these are classified into four groups. The naming and classification is complex. Suffice it to say that when the microbiota of a healthy individual versus an obese individual is studied, the microbiota in each reflects exactly the changes among bacteria as shown in studies done on mice. Human studies have been few and need greater approval, but doctors have begun using fecal transplants in cases of C. diff with great success. Researchers feel it is only a matter of time before the medical system and potential patients come around to fecal transplants being used to cure a host of issues, including childhood obesity.

3 Responses to "Can Childhood Obesity Be Cured by Fecal Transplants?"