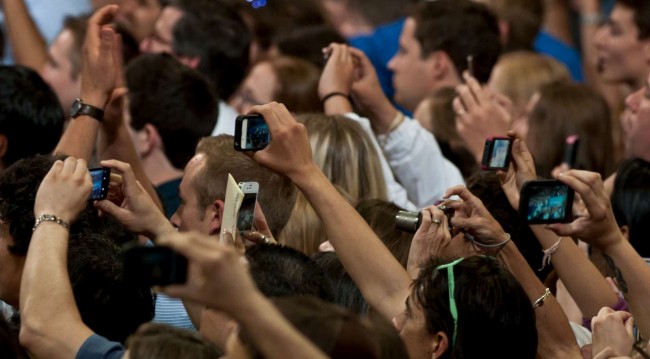 Citizen journalists, from the Middle East, to the Ukraine, to Wall Street, have been working for years to report the news as they see it.  A new app is quickly making a difference in the way breaking news is spread and reported.

Because of a phone application developed by a little-known company, citizen journalists can instantly grab a picture of the event, type up a description and, with the push of one button, have it instantly show up on news portals from Scotland to England to China to Israel.  What’s also remarkable about this app is the story will show up immediately in the language of each reader, without the citizen journalist having to do any intervention.

The technological advance was created by ENN, Expose News Network.  Providing fresh content that serves citizen journalists, ENN’s goal is to create a global conversation. Building a news network, where language is not a hindrance, the app turns hyper-local news into international news.

The app allows citizen journalists from any spot on Earth to write an article, take pictures and see it posted on international news portals within moments.  Citizen journalists have had the chance to see their articles go global for a decade. One stumbling, block before the application’s development, was the workflow.

Before ENN developed the app, a citizen journalist would create the story, take the pictures, find WiFi and upload to social media.  If there were any intentions of getting the item to a media outlet, then additional steps would be required.  The extra steps could mean missing part of a story because of time away from the scene of the action.

This innovative app is the first that permits posting without going through the cumbersome stage of uploading to social media and hoping someone will find it.  ENN doesn’t require readers to have an account to read the stories.  Anyone with internet access can view the current news the moment it’s uploaded. The app is totally integrated with ENN news and the Expose website and allows for realtime video, image and text uploading.  Available for different platforms, the app is free on iTunes.

Expose News is a unique online news and content curator.  Putting technology into the hands of citizen journalists gives them the chance to exchange and comment on breaking news.  Each story remains the property of the citizen journalist and is not edited by staff at ENN.  Stories go direct from the creator to the reader without passing through a third party.  By going direct from the field to the newsroom, ENN is often able to break stories faster than major media outlets.

The idea of citizen journalism is built on the foundation that public citizens can play an active part in the collecting, reporting and dissemination of news.  One source defines a citizen reporter as someone, who previously was the audience, now empowered, with tools they already have in their possession, to inform each other.

Late-breaking media technology, including social network and content-sharing sites, have made citizen journalism possible for people worldwide.  Due to the ubiquitous nature of the technology, private citizens can break news stories faster than professional reporters.  Prime examples of citizen journalism include the coverage of Arab Spring and Occupy Wall Street movements. As citizen journalists get help from new technology, they are bound to continue to increase in number, as more and more people will be able to track the news from anywhere on the planet.