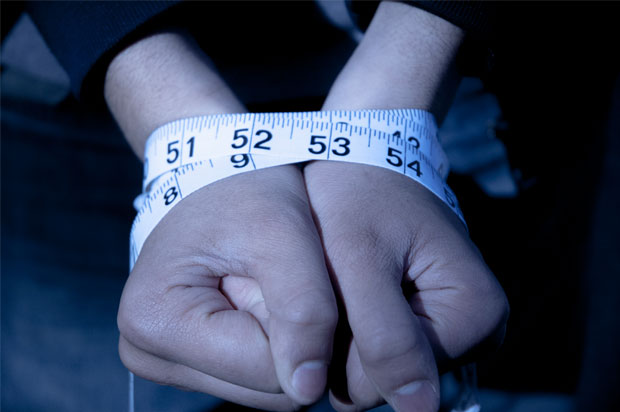 It has long been surmised that eating disorders and mental health go hand in hand. The literature on this debilitating illness has linked anorexia and bulimia with high levels of anxiety in an individual, combined with the need for control. It seems almost common knowledge that part of what makes this illness so difficult to treat is how highly entrenched the individual’s sense of control in their own life is wrapped up with food—specifically with how they use it, or do not. Attempting to change eating habits can seriously threaten the emotional stability of someone with a long-standing eating disorder. It is important to note, too, that it is a common misconception that this illness is restricted to girls and women alone. Boys and men also suffer from eating disorders, as social media increases everyone’s perception of body image.

Today marks the beginning of National Eating Disorders Week in the U.S. (Feb. 23-March 1), a week put in place by the National Eating Disorders Association, founded in 2001 to raise public awareness of the condition. Eating disorders and clinical depression both fall under the category of mental health. The latter is closely related, as it is estimated nearly 50 percent of those with eating disorders suffer from depression. One of the problems in both instances is that mental health has historically been less measurable than, for instance, blood sugar or white blood-cell count. This fact has caused many mental health illnesses, including eating disorders, to (a) be regarded as taboo, with sufferers often trying to hide their illness rather than ask for help, and (b) not get the attention and funding necessary to learn more about the illness.

There have been some breakthroughs recently, with regards to biological testing for depression. Researchers at Cambridge University in England have published a study in which they have discovered and created a saliva test for depression that measures cortisol levels, as they have found a clear correlation between such levels and depression, especially in boys.

Perhaps more exciting is a blood test developed by a start-up company called Ridge Diagnostics out of La Jolla, CA, with four medical advisors from Harvard, Tufts and Vanderbilt universities. The blood test has identified nine biological markers for depression. Using algorithms along with blood reading, it gives a measure of between one and nine for likelihood and severity of current clinical depression. It is already on the market and is being used by psychiatrists, who have found it very useful in distinguishing whether a patient is truly suffering from depression or is more experiencing anxiety. The test is expensive and is not yet at the stage where it is able to guide doctors in modifying prescriptions, but that is the company’s ultimate goal. If after several more years of research the test can prove ongoing accuracy within particular episodes of depression, accurately measuring/predicting blood levels, then FDA approval may be given with regards to doctors prescribing based on a blood test rather than trial and error. This is huge news for people suffering from depression, who have in some ways been guinea pigs up to now. It is also big news for other mental health sufferers—namely those with eating disorders such as anorexia, bulimia and binge eating disorder, identified in more recent years (this latter category includes those who binge, without purging, when anxiety levels get too high). They, too, will benefit from such testing and possible accompanying prescription treatment.

It is estimated that up to 30 million Americans suffer from eating disorders, and this figure does not include those on the rest of the continent or in Europe—indeed all over the world. Globally the figures for eating disorders (and related mental health conditions, such as anxiety and depression) must be staggering. There is hope, though, for sufferers. There is more advocacy through groups such as the NEDA, decreasing taboo with increasing knowledge, and, in the present and future, better means of measuring the mental-health side of things that either originates or compounds eating disorders. The most important factor as reported by medical authorities, family members and patients alike is this: always seek help.