Euthanasia Already out of Control in Belgium

By Kollin Lore on February 13, 2014Comments Off on Euthanasia Already out of Control in Belgium 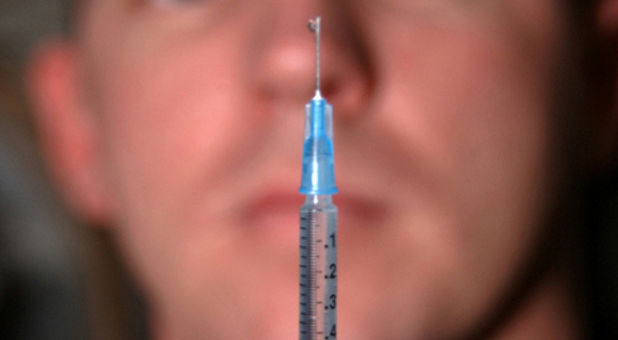 On Thursday, a law was passed in Belgium that allows minors under the age of 18 to be euthanized. The country is one of only a few around the globe, which includes the Netherlands and Luxembourg, to have legalized euthanasia. Belgium will be the first country, however, to lift the age restriction over the already highly controversial law. This change comes at a time when euthanasia in Belgium is reported to be out of control. Now that minors are thrown into the mix, the situation is expected to only get worse.

According to the current law in Belgium, only physicians are allowed to perform euthanasia. However, a number of nurses have been reported to also involve themselves in euthanizing a patient. Half of those nurses who admitted to euthanizing patients, committed the act without consent. This is reported in the most recent study by the Canadian Medical Association Journal, which surveyed 1768 nurses around Belgium.

The CMAJ also found that the percentage of assisted deaths in Belgium that occurred without request was just under 32 percent . The worst occurs in Northern Belgium in Flanders, where 47 percent of the assisted deaths went unreported.

The European Institute of Bioethics released a ten-year study in 2012 to mark a decade since euthanasia was legalized in Belgium. They noted several abuses of the law that have been ignored and unpunished in Belgium. One of the most notable of concerns involves the part of the legislation that requires a written declaration of a desire to be euthanized by either a surrogate or the patient. It was found that this declaration was most often waived.

The EIB also noted how in order to be eligible for euthanasia, patients would have to be suffering from an illness that is either incurable or life-threatening. The practice though has seen some leniency over the years, with illnesses in many cases now only having to be debilitating or serious.

Capturing just how out of control euthanasia is in Belgium, the Belgium Medical Journal found that only 50 percent of euthanasia cases is reported to the Federal Control and Evaluation Committee, who oversee the law. In addition, the guidelines set out by the legislation are followed by only 73.1 percent of those cases.

Alex Schadenberg, the Executive Director and International Chair of the Euthanasia Prevention Coalition, writes in his blog that according to Belgium government statistics, there is an increase in reported assisted deaths from 2011’s number of 1133 to 2012’s 1432 . This does not include the number of unreported assisted deaths. With no stricter policies set in response to the stats, the number is expected and is likely to have risen in 2013.

Some specific cases that raised concerns include two deaf Belgian twins in January last year who were euthanized by a doctor because they were going blind and could not bear the fact that they would never be able to see each other again. One month following, it was reported a mother who suffered from depression was euthanized without the consent of her son or any relatives. The son raised questions in an article he wrote which echoes the sentiments of many critics of the law, including why do doctors have the ultimate power in deciding who dies and who lives? How is “unbearable suffering” defined? Is mental illness really that unbearable to take ones life?

Allowing minors to be euthanized is a controversial issue, but even more of a concern is how this is occurring in a country where euthanasia numbers are out of control; a country that is reported to have abused the euthanasia law and according to many reported cases, does not seem to have a definition of what unbearable suffering truly means.