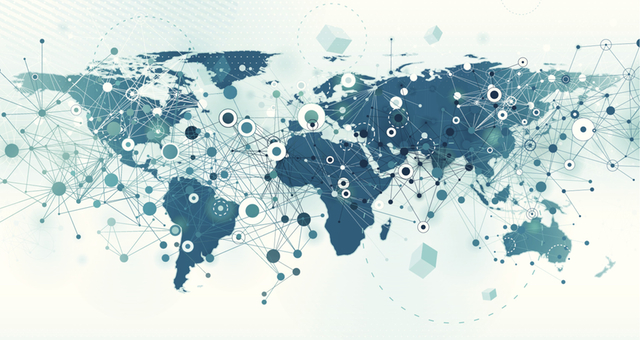 Big social media sites like Facebook are igniting political action, if not outright revolution, across the globe and the data they generate can help analysts predict when and where it will happen next. Examples can be found almost daily.

Reports today out of Venezuela indicate that both protestors and the current government are using social media to distribute misinformation, but social media remains more trusted than television and radio, especially considering the reported shutdown of anti-government stations Globovision and RCTV.

Protests erupted Monday in Bangkok and social media circulation of images of wounded civilians and videos are reported to be fueling the unrest which may result in the impeachment of Prime Minister Shinawatra.

Perhaps the most dramatic recent example of this is the ongoing situation in the Ukraine.

Originally protestors were only demanding a free trade agreement with the EU. President Viktor Yanukovych, however, elected to accept a $15 billion loan from Russia, frustrating the populations apparent desire to align with western democracies. The demonstrations escalated rapidly, as did the citizens use of social media. The Euromaidan (“European Square”) demonstrators learned quickly how to organize themselves. Using Facebook, they built an interactive map, providing information people on the street needed, including where to get a bowl of soup and find the nearest portable toilet.

Of course, technology connects everyone to everyone else, and in January some Euromaidan demonstrators received a menacing message on their phones from the Ukrainian government. “Dear subscriber, you are registered as a participant in a mass disturbance.”

No one predicted that the internet would ignite a revolution of creative minds who built social media services like Facebook and Twitter, and no one guessed that all of data users generated while talking about political and social issues would get so big that it can turn into a crystal ball, but it looks like that is what may have happened.

Nathan Kallus, conducting research at MIT, says he has demonstrated the feasibility of predicting crowd behavior based on statements made in publicly available social and information network streams. He recently published his paper on arXiv.

Using data supplied by a Cambridge based company, Recorded Future, Kallus analyzed data gathered from over 300,000 sources in multiple languages. The data contained extracted mentions about a future event. This data was then compared to mainstream news coverage of the actual event. His paper makes use of the coup d’état in Egypt 2013 as a historical example and claims that the civil unrest was predictable days before it happened.

Questions of how to handle false positives, the trustworthiness of linguistic analysis, manipulation by interested parties, irony, and even the monkey wrench of a simple typo (Buttle, Tuttle?) remain to be dealt with before relying on social media’s predictive power. But there is no question that information system reach and the analytical abilities of their users increase on a daily basis.

Divining the secrets locked up in the big data sets that social media companies collect will, rightly, ignite the indignation of many, but the power to predict political action is too beguiling, the promise of diminishing the violence in revolution too important to let companies like Facebook, or governments, be the only political actors that can make those predictions.