Food That Can Beat Hunger Pangs 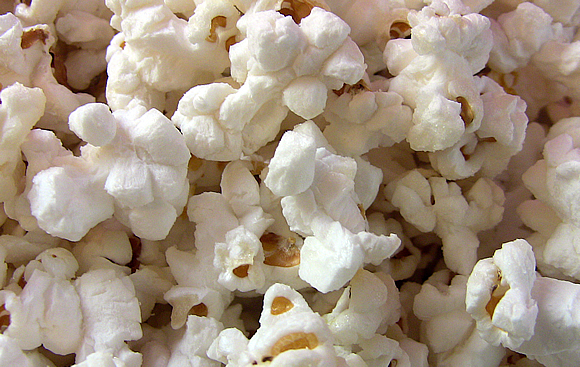 Food can help both hunger and stop the signs of hunger. Hunger pangs can be beat with certain foods such as roasted nuts and milk. Roasted nuts have protein in them and are cooked in an oil that can fool a person’s stomach into feeling full. A study published in the Journal of Nutrition conducted in 2007 examined appetite and found that men who did not eat enough protein were more likely to have an increased appetite as compared to men who ate a large amount of protein. Aside from eating protein in general, people should eat protein every four hours. The University of Wollongong in Australia found that when a person eats two to three ounces of protein their energy increases by 25 percent, which also increases fat metabolism by 32 percent and found that this effect lasts for four hours.

Barbara Rolls, a doctor of psychiatry, recommends popcorn as another food to stop hunger pangs. She says that air popped popcorn is a good food because people get a large amount. Rolls also says that the amount is great because people get sensory satisfaction from the food. She explains that researchers have done studies that prove that people can trick their stomach into feeling full when they eat a large amount. Althea Zanecosky, a doctor of medicine, registered dietitian and a spokeswoman for the American Diabetic Association, says that fat helps the body stay fuller longer. She explains that the body burns carbohydrates in one to two hours, which is why people experience hunger pangs in the middle of the morning. If people spread peanut butter on a bagel or have a glass of low-fat milk with their breakfast they will not be hungry after eating.

Lentils are another food that can beat hunger pangs by giving people fiber. A study that was published in January 1999 by the International Journal of Food Sciences and Nutrition found that a breakfast high in fiber is more filling then one high in fat. Fiber is not digestible but makes people feel fuller longer by moving food through the intestines at a slower rate. People can soak lentils over night and then add chopped tomatoes, coriander, lime and roasted peanuts to make them more delectable. People can also add more flavor to their food by adding spices such as garlic, chill powder, coriander and turmeric. Dr. Alan Hirsch from the Chicago Smell and Taste Treatment and Research Foundation, says that these spices send messages to the brain telling people they are full. Chewing gum before and after meals can help with hunger pangs. According to research at the University of Rhode Island, people can chew gum before and after meals to reduce hunger and how much calories they eat.

Food can give people important nutrients as well as beat hunger pangs. People should eat food that contain protein, fiber and fat. Roasted nuts, which contain protein, can suppress a person’s appetite and are cooked in an oil that tricks the body into thinking it is full. Foods rich in fiber, such as lentils, can help the body feel fuller for longer. People should eat simple sugars with a meal and not alone. Richards J. Johnson, a doctor of medicine at the University of Florida, showed in his own research that high fructose corn syrup, a type of simple sugar, can mess up the communication between the brain’s fullness center and the digestive tract, which can make it difficult for a person to control their appetite.