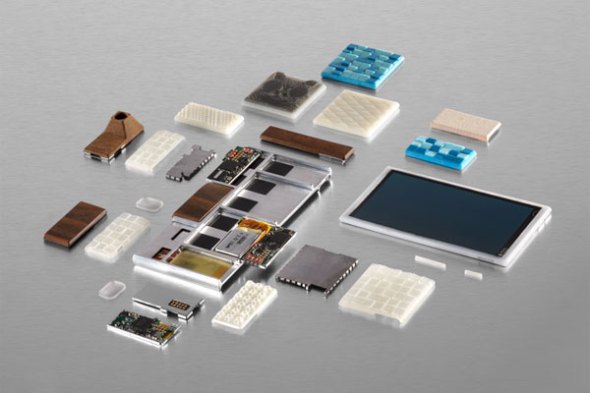 Google announced its intention to move forward with the development of Project Ara, a $ 50 customizable module smartphone with interchangeable component blocks. The concept is designed to give users unlimited ability to upgrade the device by swapping components. Despite its small staff size, the company’s Advanced Technology and Projects group (ATAP) is expected to have a working prototype within the next few weeks and will prepare a version for the consumer market for early 2015.

Project Ara was originally the brainchild of Motorola, whose parent company Google sold to Lenovo in January 2014. However, when the internet giant struck the Motorola deal with Lenovo, it retained the ambitious Ara project that was first announced by Motorola in Fall 2013. Project Ara will continue to be headed by ATAP, which is another Motorola-created company component that Google will retain post-sale. The driving forces behind ATAP and Project Ara are Regina Dugan and Paul Eremenko, both of whom are veterans of the U.S. government’s Defense Advanced Research Projects Agency (DARPA). Ms. Dugan serves as head of ATAP, while Mr. Eremenko is the project head for Ara. The design of Project Ara is meant to be very user-friendly. It allows the user to upgrade a smartphone as easily as erecting a set of building blocks. For instance, if a user wanted a faster CPU or stronger battery, they could acquire the individual components and switch out old for new. Both developers and users would benefit from this platform that allows for tons of creative options. Many experts believe that if Project Ara lives up to its potential, it could become the Android of hardware by creating unlimited opportunities for developers and users to construct unique consumer modules.

Another feature of Project Ara that has Google very excited is the development of a new high-speed 3D printer that can manufacture modules in mass quantities. This new technology allows the smartphones to be mass-produced and customized in a way that is unheard of for any consumer product. Additionally, the technology could ultimately lead to the printing of electrical elements, such as antennas and adapters, as opposed to conventional manufactured means.

The platform of Ara will support three sizes of smartphone–mini, medium, and jumbo-sized. Specific measurement information is being kept under wraps. However, Google has released some general details to whet consumer appetites. The mini will have a very compact build similar to a razor phone, the medium will follow a more mainstream design like the iPhone, and the jumbo will resemble a phablet (phone tablet) format. The size of each phone offered will depend on its endoskelton, which also serves as the one component of Ara that is Google-devised and branded. This component of Ara has an aluminum frame with a small amount of network circuitry so the modules can communicate and a tiny battery. Every component of Ara comes in the form of a module and slide into place to form the phone. The larger the size of the phone, the more modules it can contain. In the initial prototype, pins were used to connect the modules to the endoskelton. However, Google has plans later in the year to modify that aspect of Ara and utilize more space-saving, capacitive connections.

Additional development features of Project Ara that have the internet giant and public anxiously awaiting its consumer debut include the ability to hot-swap modules without powering down, interchange any individual components of similar size no matter its function, wi-fi connectivity, and of course, the exceptional value of $50 for the basic phone that users can customize to one’s specific needs and desires. Google could be on the brink of the next technological phenomenon and consumers will reap the benefits no matter what the outcome.