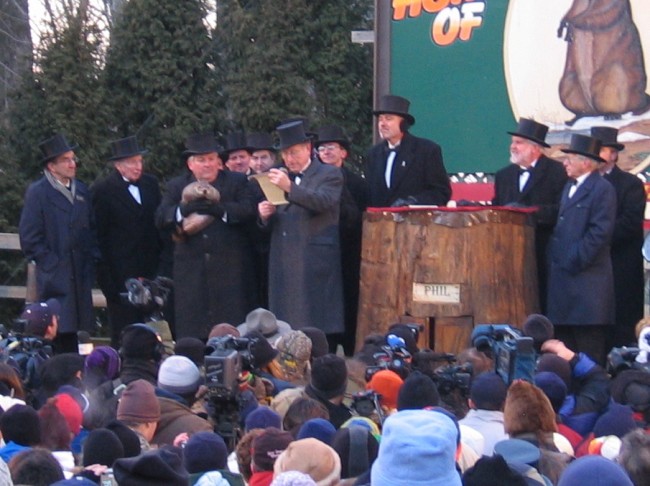 Though most people know what the holiday is and are aware that it has some tie in to groundhogs and estimations of winter’s length, a refresher might be necessary for this often-forgotten holiday. Before starting another celebration of Groundhog Day this year, a fresh guide might be in order.

The traditional Groundhog Dog celebration stems from the traditions of Candlemas Day. Though it is not as popular of a holiday anymore, Candlemas Day originated in Europe and was supposedly brought to Pennsylvania by German immigrants during the eighteenth century. The old Candlemas Day celebrations were based around hedgehogs rather than groundhogs, though.

The German settlers chose groundhogs because of their resemblance to hedgehogs and the belief that they are a sensible and smart animal. Since hedgehogs are not native to the Americas, groundhogs were seen as the next best choice.

Candlemas Day is a Christian holiday marking forty days after the birth of Jesus and also has a pre-Christian tradition based around its date as the exact middle of winter. The Pagan holiday Imbolc used to be celebrated on February 1 and represented the change of season on the Celtic calendar.

The first documentation of Groundhog Day in the United States dates back to 1841. On February 4, 1841, James Morris made a dairy entry about the then-called Candlemas Day. According to the shopkeeper from Morgantown, Pennsylvania, the local Germans had explained that the length of winter is based on the groundhog’s shadow or lack thereof.

The first official Groundhog Day celebration was the brainchild of Clymer Freas, the editor of a local newspaper. Freas founded the Punxsutawney Groundhog Club with a group of local business men and groundhog hunters.

Since the early 1990s, the Groundhog Day celebration in Punxsutawney has seen about 40,000 people visit its annual event. They have attempted to keep the celebration as close to the original as possible. Organizers of the event, known as the Inner Circle, wear top hats and do the official ceremony in the Pennsylvania Dutch dialect for an authentic feel.

The organizers of the big Pennsylvania Groundhog Day event claim that the famous groundhogs are accurate somewhere between 75 to 90 percent of the time. Official records vary on that issue though. StormFax Weather Almanac records have been kept on Groundhog Day since 1887 and reveal an accuracy rate of approximately 39 percent. Whether or not a groundhog is the best guide for upcoming weather trends, the animal will have its big day on February 2.