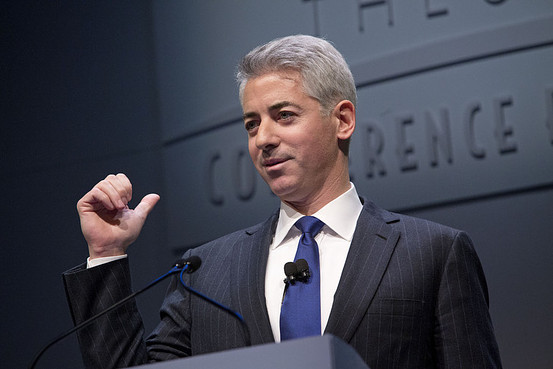 Bill Ackman perseveres in naming names of specific people in his ongoing investigation of Herbalife. The activist pointed the finger to another high-ranking distributor for actions Ackman claims helped create the company’s distribution methods. According to Ackman, Doran Andry, a 22-year Herbalife veteran who sits on the company’s Chairman’s Club has “victimized thousands of recruits.”

Ackman, who 14 months ago took a $1.16 billion short on the company, has been focusing on its actions. Now he has turned his attention to the distributors of the businesses’ shakes and other nutrition products. A “short” is a bet by the hedge-fund manager in which the manager shows his belief that a company’s stock will fall. If Ackman’s bet is right, he stands to make a pile of money. If Ackman’s wager turns out wrong, if the company’s stock continues to climb, then Ackman would lose — possibly big.

Ackman’s group, Pershing Square, claims that the company  has not made sure its own rules, regarding distributors, have been enforced. Calling such inaction a “willful blindness,” Pershing Square has also pointed to several Federal Trade Commission cases to say that Herbalife can be held liable for any misdeeds done by its distributors on its behalf.

According to Ackman, Andry runs a lead-generation system named Financial Success System. Andry started FSS after an earlier, and similar, business she created was sued for fraud in 2002. Herbalife was named as a co-respondent in the fraud case against Andry. The case, ultimately settled for $6 million, may impact the direction Ackman’s current investigation takes.

FSS collected names of people interested in a “business opportunity” like Herbalife. Working in mass volume, each lead cost FSS pennies. The leads were then sold to Herbalife distributors as potential recruits. Andry sold the leads for up to $130 each according to Pershing Square. Former distributors who bought the leads told Ackman and FTC that the leads were worthless.

A recent report from an analyst with Barclays shows a different side of the story. “Herbalife has not gotten any complaints from distributors…” regarding the purchasing of leads the report says. Herbalife released a statement saying that the company prohibits lead purchases, a policy put in place last July. Herbalife says that the method of lead generation is misunderstood outside of Herbalife and doesn’t feel addressing it in public is fair.

For much of Herbalife’s existence, Shawn Dahl was one of the company’s leading distributors. Often pointed to as an example of the level of success a new distributor could achieve, Dahl ran a lead generating business called Online Business Systems (OBS). OBS was responsible for recruiting large numbers of new distributors. As the new distributors worked to advance in Herbalife’s program, they produced large profits for Herbalife. When Pershing Square turned the spotlight on Dahl and his recruiting practices, Herbalife lowered the boom and Dahl left.

Ackman’s problem with Dahl is threefold. First, Ackman feels that Dahl did a large amount of harm to naive consumers with Herbalife’s support. Ackman holds the company responsible for joining Dahl in what Ackman calls “misdeeds.” Second, Ackman believes that OBS continues to sell leads to struggling Herbalife distributors. Third, Ackman says that Dahl’s rise to the top of the Herbalife structure was not based on selling Herbalife products, but rather the lead-generation business he inherited from his mother-in-law. A system, Ackman says was outlawed by the Canadian government.

As Ackman’s investigation continues, more names may show up on the front pages of the nation’s leading financial newspapers and drive Herbalife’s stock down. Ackman is betting on it.